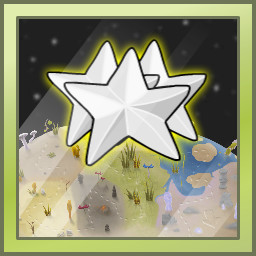 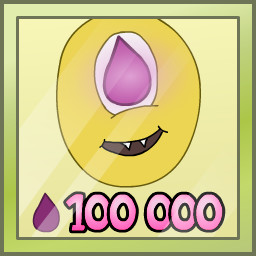 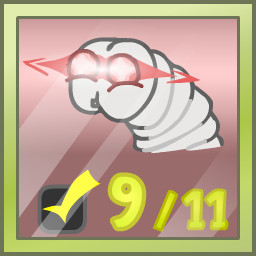 Your beautiful minions control themselves, using "fuzzy logic" to pick the best target.
Since your swarm fights on its own, your job as the queen is to focus on strategy.

Gather resources with "Harvester" units, mutate your eggs into new types of minions, build your army, and spit globs of Neurotoxin at the enemy horde while the battle rages on.

Build your army out of 18 different minions, from electricity-shooting shell-covered beasts, to flying bat-like bomb-carriers, each with their own strengths and weaknesses.

Unlock new creatures and abilities as you play through dozens of levels, including bonus "challenge levels" which put a twist on the normal gameplay. For a tough battle, replay levels on hard mode, or try the "New Game Plus" mode added in a free update.

Swarm Queen is inspired by insects, and classic sci-fi aliens like Xenomorphs, Zerg, and the "Bugs" from Starship Troopers. It's like a war between ant colonies.. but in space!

Swarm Queen contains a "100% scientifically accurate" depiction of Jupiter's moon Europa, including all of the alien life. No, it's not covered in ice. NASA is lying to you.

The Earth is flat. The president is a reptilian. The universe is a hologram. BUY GOLD.