Not My Car – Battle Royale

“Early Access gives us the amazing opportunity to include a community of players in the development of notmycar from the very early stages. The chance to get feedback so early will allow us to make the best possible version of the game.”

“We are planning on being in Early Access for a minimum of 6 months. This time between Early Access launch and 1.0 will allow us to create new game modes, enhance existing and build new features, fine-tune driving and combat, develop in-game items based on player feedback (i.e. weapons, equipment, and abilities), and to scale up the number of players that can enter a match from 40 to 75+.”

“The full version of the game is targeted to support the following:

“NMC Studios is active in the Steam Community and on these channels:


We regularly solicit feedback and ideas from our community in these places.”
Read more

Play Not My Car – Battle Royale 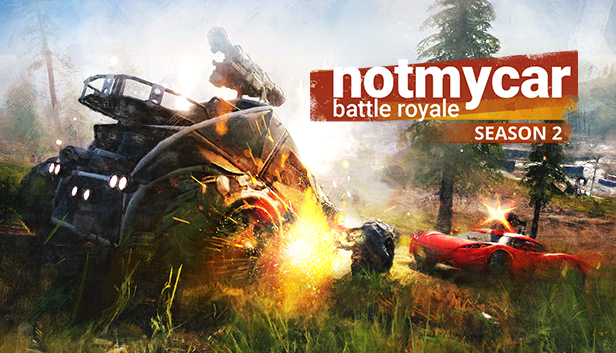 BUCKLE UP FOR SEASON 2!

DROP. DRIVE. DESTROY. notmycar is a white-knuckle, lead-footed multiplayer vehicular combat battle royale. Drop into a massive battleground for heart-racing action and destruction. Join drivers around the world in vehicular combat. Drive a growing roster of powerful vehicle classes, each with their own performance based on speed, health, and armor. Face off using cool weapons and abilities to outlast the competition. Customize your ride with over 300 vehicle skins, flags, drones, and horns. Play for free and earn your spot as the last car standing in the fastest Battle Royale ever!

Put the pedal to the metal and keep your finger on the trigger. Battle Royale means second place is the first loser, so show no mercy for anyone on four wheels. Send your opponents to the junkyard in the ultimate battle to be the last car standing!

Match your playing style with a growing roster of powerful vehicle classes, each with their own performance. Choose from the Mantis, Asp, Beast, or Ligar based on Health, Armor, Braking, Drifting, and Acceleration.

Pick the best landing zones to collect the best weapons and abilities on a massive island battleground that shrinks by the minute. Battle your way through single-elimination combat, driving your enemies right into your sights.

Show off your machine with over 300 vehicle skins, horns, drones, and flags. Make sure your worthless enemies know exactly who bombed them into oblivion and do donuts in their fiery remains. Always stop by the garage for a fresh paint-job before hunting prey.