Gone Viral is an over-the-top action game with heavy roguelite elements where you fight for your life in a prison arena to entertain a blood-thirsty audience. Rack up your kill count as you grab mutations and crazy weapons to change gameplay and get what you need to escape and Go Viral.
All Reviews:
Positive (15) - 93% of the 15 user reviews for this game are positive.
Release Date:
Developer:
Skullbot Games
Publisher:
Akupara Games, Surefire.Games
Popular user-defined tags for this product:
Early Access Action Roguelike Action Dungeon Crawler PvE Roguelite Hack and Slash Arcade Procedural Generation Roguelike Bullet Hell Fast-Paced Survival Singleplayer Physics 3D Shooter Post-apocalyptic Sci-fi Top-Down
+ 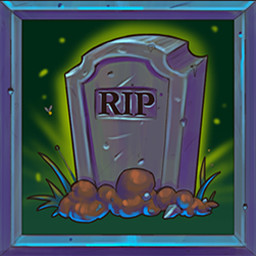 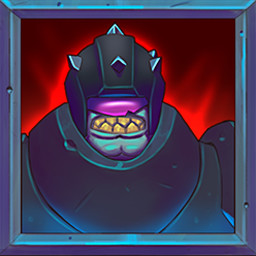 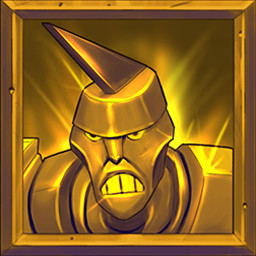 “Early Access allows us to include players in our development process sooner, more widely, and for much longer than we would be able to with a traditional release schedule. Passionate, invested players are a vital part of the final push to releasing a polished, content rich game that they and we can be proud of.”

“The full version of the game will contain much more content and final polish passes.

More playable player characters, enemies, bosses, mutations, weapons, and tile sets will allow for many hours of unique gameplay for players of all levels. Speaking of all levels, we will be adding difficulty selections, achievements, unlockables, and secrets to make sure we are providing a full featured experience.

After all of that goes in, it needs to be polished to a mirror sheen. We need to fix bugs, improve performance, tune the balance of both combat and rewards, and give everything a visual once-over to make sure it looks its best.”

“At the start of Early Access, we have fully playable core systems, with about 50% of the final content and 80% of the final polish of the launch game by current planning.

The core combat and level gameplay loops are in with two player characters and about half of the final weapon count. There are four floors of content displaying two different art styles and a good variety of enemies for those floors and 8 different bosses/boss variants. The current variety in mutations and rooms allows for about ten hours of runs before you see everything there is to see. There are 7 difficulty modes in the current game, which will expand as well.

Players are recommended to look towards our Feature List as it describes everything available in the game as core features. Through Early Access feedback, these features may change or expand in the final commercial version.

Polish is a different beast all together as it needs to be more "complete" before we feel it is appropriate for Early Access. We don't have any high priority bugs or really obviously placeholder assets. We are also enforcing stricter standards for new content added during Early Access which won't be added in a rough state such as being un-textured or un-animated.”

“Early Access and Launch versions will share the same pricing. Early Access users will gain free cosmetic upgrades each major update - these will likely be available only as deluxe DLC (if at all) for players joining later.”

“We want to hear from the community in several ways! Firstly - through direct feedback, especially in our Discord and Community Hub (which has already proven valuable!).

This is a great way to hear about bug or polish issues, but also getting longer-form feedback on game systems. We've set up direct game feedback channels as well as "workshop" channels - there, where we can discuss features in-depth, or get more complete answers to a question we or our players would like to hear more about.

Lastly - we are stream-integrated! So watching streams and interacting directly with players as they play has been and will continue to be VERY helpful (we can even drop streamers items in testing/development that aren't in the main game yet for early feedback!)” 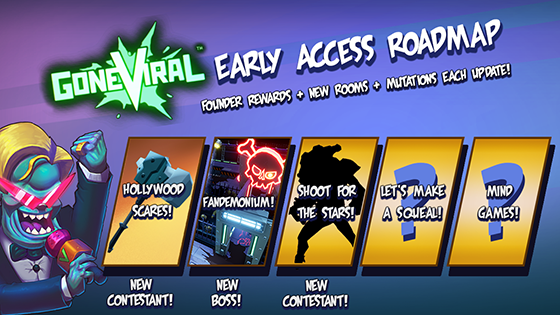 As we look to add new content to the game, we wanted to show off what direction we're headed in when it comes to gameplay and features. Like roadmaps from other studios you know and love, this one will give you some hints as to what's coming down the pike. Every time we release or announce a major update, we'll probably update the roadmap to give you a bit of a heads up on what our current trajectory is.

Just because the world has turned to ruin and you have to fight for your life, it doesn't mean you can't be fashionable. Slay in style with exclusive cosmetics when you join Early Access! 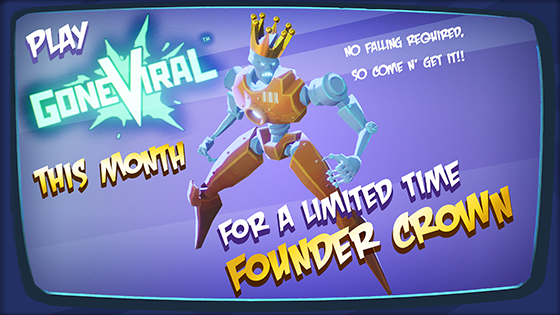 Join Early Access at any time to be bestowed your very own Founder's Crown! No better way to show off your dominance in the arena. 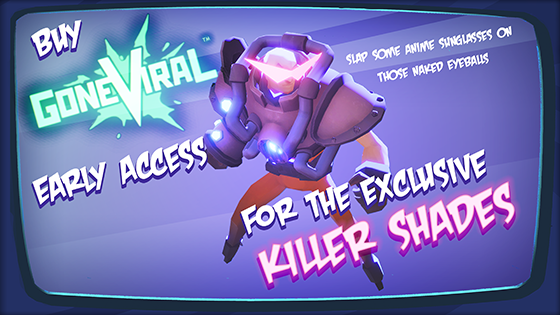 For a limited time only, make sure to catch a pair of Killer Shades by signing in now before the next patch drops. Who said looks couldn't kill?