Awards
Awards
This game was first presented has an arcade cabinet and was played at numerous conventions (Comiccon, etc.)

Legends of Iona RPG (2007 arcade) was tested one month by the Microsoft XBOX team and approved in 2016 for the Windows store page.

This indie game was also featured at the Montreal International Game Summit! 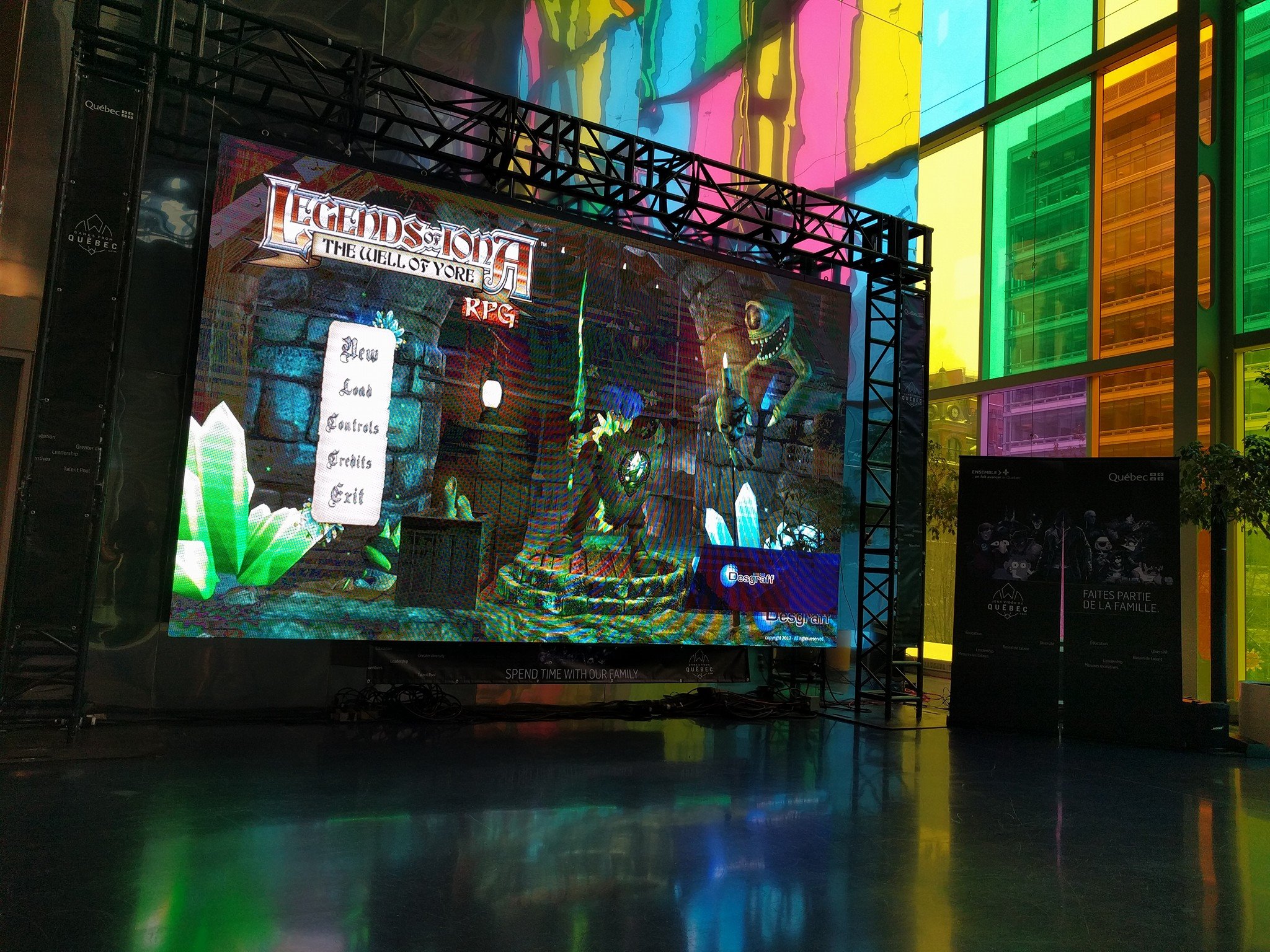 “Here is the proof that Studio Desgraff stands out with this jewel!”
4.5/5 – Alain Rivard SeniorFX (StarTrek, BattleStar Gallactica)

“I am impressed by the graphics and the extent of the game. My family and I will enjoy!”
4.6/5 – Martin L. CEO, Rayon FX

Play as Zaak, a young man trapped in an ancient underground world. He must face many dangers in order to escape. However, during his adventures, Zaak will awaken a past long-lost forgotten…

Before You Rate the Game, Please Read:

This is a late publishing of a 2006-2007 arcade video game afterwards, adapted for the Windows PC keyboard and controllers. This is why the controls and camera might seem different from standard games. The game was built by passionate fans of Phantasy Star (1987 Sega (c)) and volunteers. Ok, now let's have fun and play!
*** Press CTRL or press right bottom joystick for FREE CAMERA *** (We added this in case you need to look around!).

Talk to the first guard to start your quests. There is a button (lower right) for the list of QUESTS to do. This game is aimed at quests and discovery, not complicated battle systems. If you like battles, for more information, turn on the BATTLELOG. You must play at least dungeon 3/5 to unlock all special attacks.

We were on the verge of upgrading the 3C: camera, control and a new and better animated character, but development was on hold with this version of the game with Unity3D. Maybe we will remake this game better completely in Unreal at a later time. Nevertheless, it is a very good indie game, enjoy! :-)