This content requires the base game Tower!3D Pro on Steam in order to play.

This content requires the base game Tower!3D Pro on Steam in order to play.

Daniel K. Inouye International Airport (IATA: HNL, ICAO: PHNL), also known as Honolulu International Airport, is the principal aviation gateway of the City and County of Honolulu on Oahu of the State of Hawaii. It is identified as one of the 30 busiest airports in the United States, with traffic now exceeding 21 million passengers a year and rising.

The airport has four major runways, which it operates in conjunction with the adjacent Hickam Air Force Base. The principal runway designated 8R/26L, also known as the Reef Runway, was the world's first major runway constructed entirely offshore. 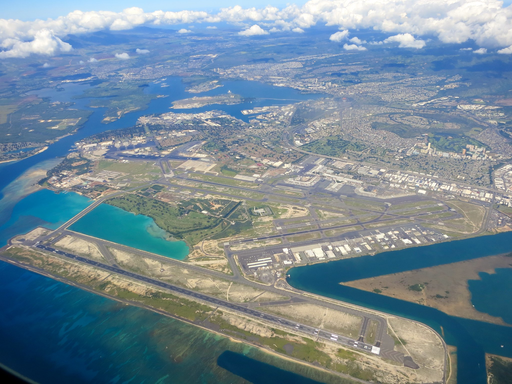 In addition to the four paved runways, Daniel K. Inouye International Airport has two designated offshore runways designated 8W/26W and 4W/22W for use by seaplanes. It has three terminals: Terminal 1, Terminal 2, and Terminal 3.