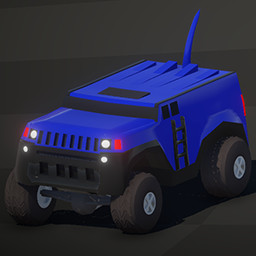 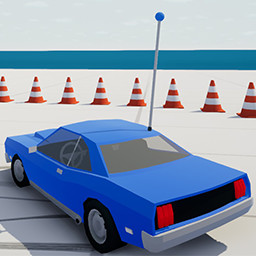 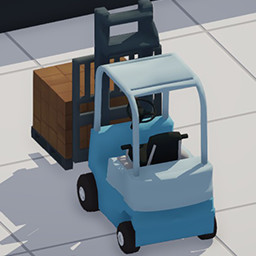 “As the game is under development, we need your feedback to help us improve and complete it!
Omega Racers has been in development since March 2017, the game has undergone several changes and now includes a diversity of gameplay elements, characters e cars.

Trough a constant intake of feedback, it will be possible to improve the game tenfold, making sure it is as good as it can possibly be, and I believe that Early Access is the best way to achieve that.”

“The full version is planned to feature 6 characters with their own cars, plus 12 levels and other gameplay elements such as the ability to shoot and use nitro.”

“The price will rise as new elements, content and features are added, as the game gets closer to the end of development.”

“We plan to conduct periodic community surveys so they can help improve the game and post a summary of all previous updates based on previous feedback.
You can contact us through the Steam discussion forum in our gaming community https://steamcommunity.com/app/659060/discussions/0/”

Our home is being threatened by very technologically advanced creatures from a distant galaxy called the M87, which became uninhabitable after a black hole suddenly increased in activity. Now they came to our solar system and brought a racing tournament with them, are our racers ready for the challenge?

Race against the clock on the Practice mode or face opponents and dispute the pole position in this racing game inspired by some retro games, like Rock 'n Roll Racing.