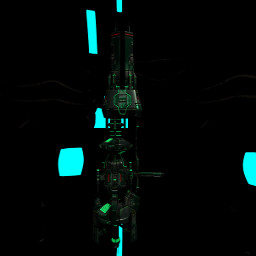 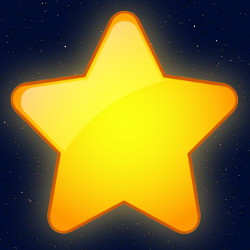 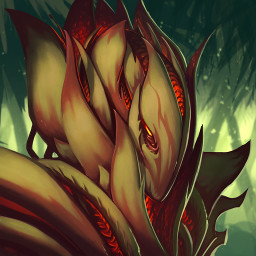 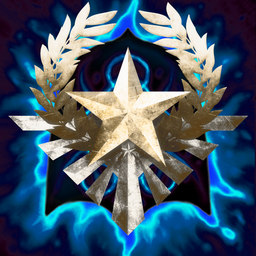 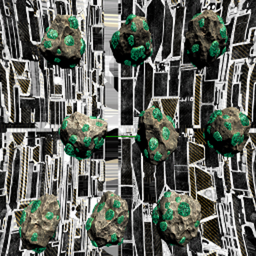 1) Designed for end game. No level/power cap- Reason most mmos get boring is they ain't end game focused.

4) 10-1000x things rendered with new UNITY tech that unlocks more than just one core that most video games use.

5) Lore/Game Mechanics based on a custom TTRPG (Intergalactic Bounty Hunter) that most everyone liked more than any RPG.

6) Easter Eggs: Will contain literal Easter Eggs. You find an Easter Egg in a quest. Then you hide somewhere in space. Every day it isn’t found by another player, you get a daily reward that increases. When they find it, they get an instant reward! Then the egg comes back to you. Enjoy. Go find some place obscure in the game, space is big.

7) Space Dungeons: Competitive zones with different rules, find em, dominate em, and can you find the clues around space to find the one which will be dropping special event rewards?

8) Resource Trading / Crafting but also factory building Your economy and drones can build stuff up, but make sure no pirate, NPC or player tries to sabotage your supply chain. There will be illegal substances like fictitious drugs and contraband weapons which you can profit from greatly, but you risk your cargo being scanned by a random and getting a bounty on your head.

9) PVP bounty system. Everyone can PVP at all times. Stakes are low if your ship explodes. If you get attacked without declaring aggressive mode or an opponent to duel, the aggressor gets a bounty on their head in accordance with the damage dealt to you. If this bounty gets high enough, and they get caught, they will be put in jail. When they log on for the next few hours or days, their character can play only in jail, and visitors come see him and such. Enjoy roleplaying being a prison inmate, or just use a different crew member on your account. Developing many crew members is a thing for when you fly capital ships.

10) Grand Space Opera-4x emperors around you trying to conquer the galaxy They ain’t even players at first, just NPCs waging war. Who’s side will you choose? Will it be based on morality or space bucks? Ok soldier of fortune, what it will be? Do it for the money, until you realize money doesn’t mean anything living under a totalitarian empire.

11) Omnipotent roleplay: Earn your right into a a movie anime by great roleplay! Live game masters in about 6-12 months after the content updates roll through. We bias people with Founder's RP tokens some and good manner role players who stay in character(we have chat logs and even game logs). This promotes good role play even when not live GMing. Who doesn't want to bring their friends to a movie and surprise em with their own character in it? So stay in character for a better game! https://www.starfightergeneral.com/live-role-play/

Punky-Pulpy action, Levels, stats, skills, talents, items, fleet amassing, and great apocalyptic space plots, trippy Lewis Carrol level Mad Hatter humor along the way. It’s really weird to see how this synergizes from a game design standpoint. Players naturally want to level up and power up… That’s the twink min maxer in all of us. So when humor, plots, intrigue, or NPCs getting your blood boiling to action vs them happens, you get stoked, rewarded, happy and tossed off your axis. Then when resolved, you look back and get serious about powering up. The core of a RPG gamer is always powering up, it is something we can’t get rid of, but the core of a game designer is to get you out of a spreadsheet mindset temporarily… And then you appreciate both more. So tacky humor, along serious pulp action and serious leveling up game mechanics… It is like a symphony of fun.

Build a Starbase, Research new ships, build a huge fleet of ships.
Take your fleet of ships, and fight other fleets of ships and bases.

Upgrade your Command Center to get more buildings (Max level 20), but other
buildings can level up to 1000 and beyond.

Use your Factory to Assemble more ships to battle on your side!
User Research Lab to unlock the ability to research higher tier ships.
Upgrade hangars to store more craft.
Upgrade Computrons to use more of your fleet in battle with a chip.
Mine for Xmatter with mining operations.
Store matter with Silos.
Get Power Plants to speed building.
Even get a building that will give you a trickle of virtal currency(Triderium)
Upgrade your ships individually
Defend your base when you are offline with turrets.
Raid bases and shoot mining operations or silos to gain Xmatter.
Kill Ships/Buildings for scrap to build/research ships.
I think this game is legit good now, and it will be better.


Features I want to add:

MOBA(Actually done, but just launching single player at first because I don't know how to host a server.)

MMO+Missions where you fight different skirmishes but get permanent loot.

A sort of galaxy conquering mode strategically, but your battles are fought in first person.

A grand Role Playing Game with Live Game Master where you get to alter the very course of the universe with any choice you make, and your actions are recorded. This is MMO and slated for a few months from now.

We want to get this MMO out done soon before the end of 2021 asap even!

The MMO will contain "Space dungeons" which are special zones that all players compete
for a big reward. Each Space Dungeon has a different win condition and goals. One
might be ffa. Another might be FFA highlander mode. Another might be science based.
Another might be team vs team. Another might be chess team (aka you kill the king) you
win. Another might be who kills a boss fastest. Long story short, once a day, these
places will drop really good loot predictably either on a timer, or via clue sheet. Then
most players will know where to be. And the same guy won't win every 'Space Dungeon'
because the rules are dif for each.

There will be resource trading, aka, buy aluminum or other metals one place and sell
another like Elite.

There will be a PVP bounty system. Everyone can PVP at all times. Stakes are low
if your ship explodes. If you get attacked without declaring aggressive mode or an
opponent to duel, the aggressor gets a bounty on their head in accordance with the
damage dealt to you. If this bounty gets high enough, and they get caught, they will be
put in jail. When they log on for the next few hours or days, their character can play
only in jail, and visitors come see him and such. Global chat disabled.

There will be illegal substances like fictitious drugs and contraband weapons which you can
profit from greatly, but you risk your cargo being scanned by a random and getting
a bounty on your head.

There will later be grand space opera. AKA Live Game Masters will observe the game, and
allow players to permanently change the history on their server.

Then later, the ability to touch down on ground, and your player get out FPS style will come.

I have other plans, but this will be a very fun game to come along for the dev ride.
Enjoy updates and get yourself strong now, so when later the Space Opera comes out,
you can be one of the big dawg influencers of the universe.

Thank you for your interest!

God Bless you. God is love.

The game has bad guys that you as the hero should dispose of. You can shoot space ships of other players against their will, and you will get a bounty on your head, that other players can reap and your character spends some time in jail. So you can go bad, but this game encourages heroism.

It is very pulpy and gritty, but not to the point of disgusting. There are criminals you should apprehend and you know, criminals don't always do good things.

There is the option to smuggle illegal goods, and some of these are made up fictitious drugs.

And like any online game, other players can say whatever...

Don't do anything illegal. Always be good and loving. Know that God always sees ya, so always be honest too.