Michelle has been forced to move back to her home town when living in the city got to expensive, hoping to return to her friends family run cafe, she is surprised to find it has now become a Maid Cafe. Fortunately she wont need to be out front though in the cosplay, but working in the kitchen, still her homecoming might be a little stranger than she expected. 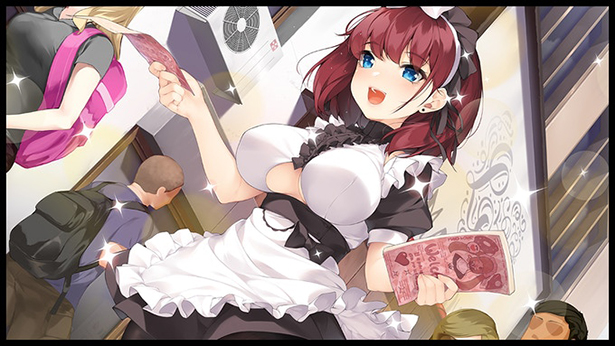 And surprising her even further, she finds that many of the people who also work at the cafe old friends of hers... Some of which have a variety of fun and possibly embarrassing memories of her. What happens next with these many different people will be up to you in this re-imagining of the Maid Cafe story. 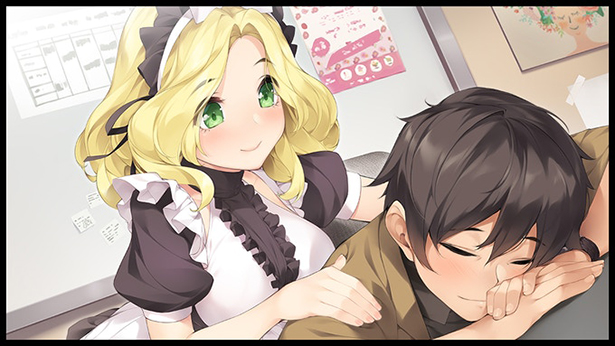 Despite its bustling nature, the café is losing money and you have been tasked with working out how to keep the café afloat and through it potentially justify your position at the Café. As an administrator for the café you will need to make decisions that affect the café success or failure. 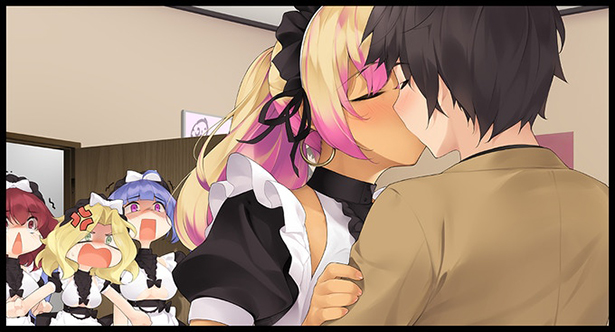 Your decisions throughout the game will determine the story that unfolds and the ending you receive. As well as whether the possibility of rekindling a romance with one of the many women of the Café could happen too.

About the Original Game:

Maid Café was a game where you took on the role of Michael the new pastry chef of the cafe. Maid Delight however takes that same story and twists it to show you as Michelle embarking on the same adventure. Allowing you to play the entire game of Maid Cafe but as a woman, complete with all the same twists and turns, characters to meet and get to know, plus enjoy altered events to match playing as a female character.

All characters depicted within this game are over 18.

The game includes suggestive scenes as well as some partial nudity with characters in their underwear/lingerie or revealing clothing. Romance and Intimacy and some adult language are also included throughout.