Leap of Champion is a 3D Competitive and Cooperative First Person Shooter with awesome graphic, and a skill based gameplay. His strongpoints are a fluid gameplay with a solid graphic able to work well on outdated machines as well as on the most powerful ones.
All Reviews:
No user reviews
Release Date:
Developer:
LEAF games and software
Publisher:
LEAF games and software
Popular user-defined tags for this product:
Action Indie Massively Multiplayer Simulation Early Access Sports Free to Play Strategy FPS
+ 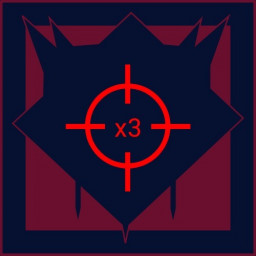 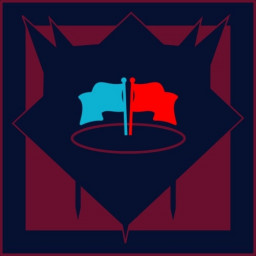 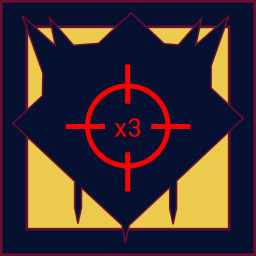 “We worked hard to develop Leap of Champions and we would like to share every improvements with the community as well as working together with the players to create a fan and adrenalin experience.

“We’ll offer new additional content packs until the release of the complete version planned at the end of 2020.”

“we offer a full Multiplayer playable version in easy access.”

“Today you can buy the full access at a reduced Early Access price. You can use all the multiplayer features.

As we develop, we add new contents and raise up the price. Stay tuned 'cause soon we’ll release the schedule for every new improvements.”

“Today you can buy the full access at a reduced Early Access price. As we develop, we add new contents and raise up the price. Stay tuned because soon we’ll release the schedule for every new improvements.”

“We are a little team with big dreams. Every suggestion from our community is welcome and we’ll work even harder to improve the game with every valuable idea. We’ll be grateful to who help us improving our game with feedbacks, hints, and bug reporting. You can reach us on our social networks, or by discord channel.”

Leap of Champion is a competitive sci-fi FPS multiplayer game, with a solid background which it will be explored in a single player campaign. LOC strongpoints are a fluid gameplay and solid graphics effects powered by Unreal Engine. Leap Of Champion is able to work well even on outdated machines.

The game is setting in a futuristic version of our universe and Klepsydria is what we will be calling home. It is the name of the eternal city out of time and space that hides and protect powerful elder artifacts able to control the Flow of Time while the ancient order of Champions, The Order of Klepsydria watch over them.

Thousand of centuries ago (or maybe in the future, cause time is meaningless in Klepsydria) some members of the Order questioned the sacred laws of the city by invoking the right of changing the Flow of Time if absolutely necessary to preserve life in the universe. As the tension arose, the Order has split in two factions: The stoic Alphas, and the rebels Omegas. The Omegas are considered by Alphas a sort of anarchic time’s manipulators that follow their own egoistic purposes while the Omegas see the Alphas as cold dictators without any kind of conscience.

The consequent and unavoidable war is still in place, and his resolution could change the entire universe.

CHOOSE A FACTION AND START FIGHTING.

The single player campaign focus on the story of Mehens, once human and now one of the fearsome champions of Klepsydria. His goal is become one of the member of the High Council of Champions, but, to be admitted in he must prove his valor in a battle, by leading his team to victory. During a difficult fight, Mehens had a strange vision of his old life as human, and in particular, some anguishing memories of his beloved wife Apopy, lost forever after his choice to become a champions. Despite this confusing moments, Mehens will be able to win his challenge and enter the council.

Mehens explain his plans to achieve an ultimate victory against their enemies, the Omegas. Following this plans, he will infiltrate inside the ranks of the Omegas, in order to find the location of their headquarter, hidden somewhere in space and time. But Mehens will find also other secrets about the world, which can change his point of view about the eternal War forever, something obscure from his past and his future.

THE POWER OF CHAMPIONS

Standard medium-long range rifle, used by the Champions of the assault team. It enease aiming in mobility and it’s suitable for fast-paced frantic conflicts when you need high speed and precision. It is forged with metals from distant galaxies originated in the cold shade of dead stars. It allows you to fire bursts without overheating the barrel. The bullets used to fire are made from the same alloy of the armor of Champions, so they can easily pierce their defences.

A devastating gun from the short distance and it’s the secondary weapon that is generally supplied to every Champion. It is used for short range conflicts where space is limited and responsiveness is crucial. It doesn’t require great aiming skills, but just to be at the right distance. Center the target but, above all, try to shoot first! To reduce to a minimum the recoil of their powerful and  lethal bullets, every Shotgun is assembled from the most elastic and resistant chemicals of a particularly scars and mysterious mineral.
Info:
Semi-Automatic
35 damage per bullet
8 cartridges loader

This gun is generally supplied to the long-range surveillance team because of its  excellent precision from long the distance. It’s the favourite tool by those who prefer precision and instant death. The slow rate of fire is well balanced by its lethal power of its piercing blows so it is considered the perfect weapon for long-range fights. It encapsulates the arcane magic of a white dwarf allowing the gun to release a deadly piercing bullet able to maintain its  trajectory without any curvatures for a distance up to four parsecs. It has been tested by the best shooters hitting a target from one galaxy to another.
Info:
Semi-Automatic
100 damage per bullet
5 cartridges loader

The Machinegun provided to Champions is a powerful heavy but extremely fast gun used to harvest enemies’ life like there were ears of wheat in summer. The high rate of fire allows them to hit enemies with a deadly rain of piercing bullets. It is generally the favorite weapon to those Champions who love to bring absolute chaos on the battlefield. It is not the most precise weapon in Champions’ arsenal, but who cares when you can shoot bullets like crazy to whatever crosses your sight?! For sure you will be hitting something, righ?!

The assault class is ideal for Champions who love adrenaline and frenetic confrontation. The armor has been modified to allow greater agility, with the possibility of taking one shot for three seconds. The assault Champions are very quick and thanks to their high mobility they are difficult to hit during one confrontation.

Support
The support class is for Champions who prefer a more reasoned and cautious approach to confrontation, perhaps providing coverage support and protecting strategic positions with the use of the mines in their supply.

Doctor
The medical class allows Champions to have more security during the clashes thanks to the chance to call a Medical Support Robot to quickly heal his wounds.

Scout
Thanks to the Jetpack Modification of the armor, the scout class allows Champions to explore the battlefield to find favorable strategic points in the battlefield.

All rights reserved to Leaf games and software srls.