The evening is as ordinary as they come for London, England as the curtains close on the 19th century. Mist hangs thick, beclouding the radiance of the moon and modest glow of gas lamps. Upon the resounding chime of Big Ben, a new tale of love and adventure like no other begins!
All Reviews:
Very Positive (57) - 89% of the 57 user reviews for this game are positive.
Release Date:
Developer:
Karin Entertainment
Publisher:
XSEED Games, Marvelous USA, Inc.
Popular user-defined tags for this product:
Adventure Casual Violent Otome Visual Novel Anime Female Protagonist
+ 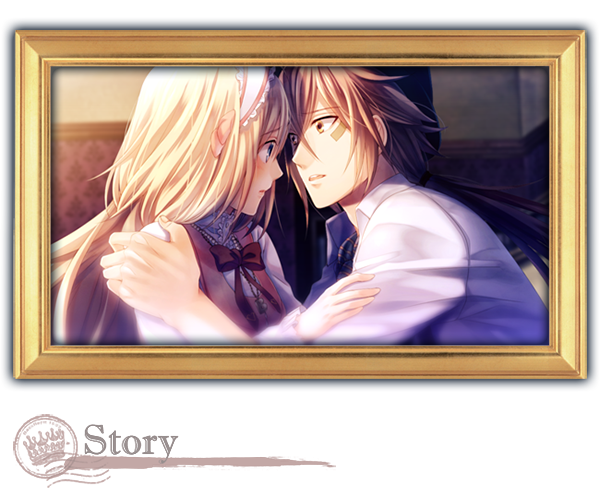 Her Majesty the Queen’s birthday was to be the heiress of House Whiteley’s debut into high society, but an inquiring mind begs for more than parties as she stumbles into the many curiosities that lay hidden in London’s darkest corners. Help sharpen Lady Whiteley’s instincts as a budding detective, take control of her present to uncover the mysteries of her past, and grow an unbreakable bond with one of many dashing personalities from well-known works of fiction. 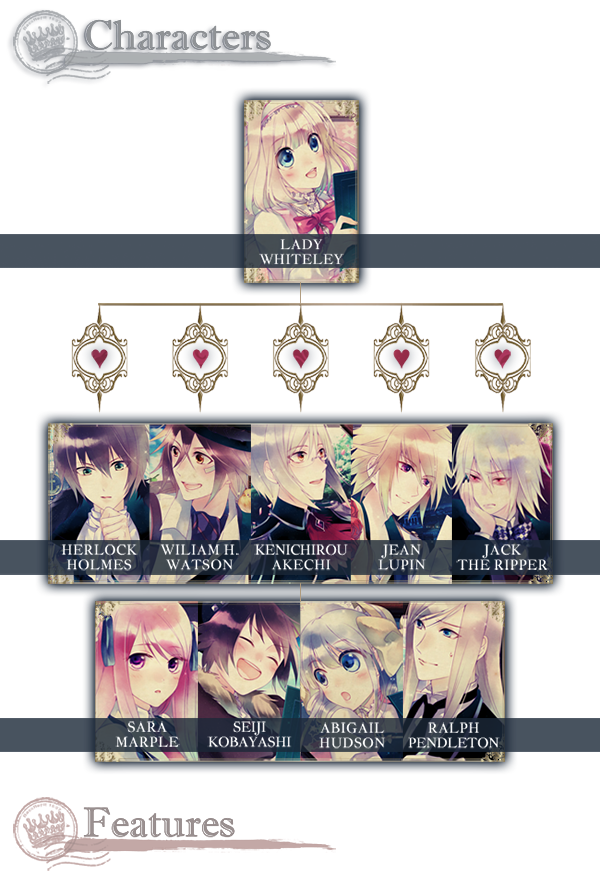 Find Your Destined One
Find love with personalities inspired by famous figures and works of fiction, including Detective Holmes, Gentleman Thief Lupin, Jack the Ripper, and more.

Take Control of the Story
Decisions made throughout will net not only special rewards, but will shape whether love is in Lady Whiteley’s future or if fate has more unfortunate consequences in mind.

Coming to PC for the First Time
London Detective Mysteria comes to Windows PC for the first time, with both it and the English "PlayStation®Vita" version including all content previously exclusive to the Japanese PlayStation Vita version known as Eikoku Tantei Mysteria: The Crown.

London Detective Mysteria is a visual novel set in Victorian London. The game contains still images depicting blood and injury, as well as graphic textual descriptions of murder scenes. It also contains some sexual themes and heavy swears such as f*ck and sh*t.