“Early access is a great way to connect with players to help them shape the future of Rec Center Tycoon through feedback & suggestions.

Early access ensures that I can focus purely on development giving faster updates and a higher quality product overall.

Nothing is concrete with the direction of the game. Each new version will take into consideration the thoughts and ideas of the community to help build the best tycoon experience possible!”

“While it's difficult to give any specific dates in this current stage of development, the best answer I can give is that the Early-Access period will last until I'm happy the game is in a stable, bug-free state, with plenty of content & replay-ability.”

During the early-access period player feedback will be given strong consideration and will be heavily incorporated in development & the overall direction of the game.

Just a few changes the full release will include:
-Sandbox & Career mode with multiple difficulties
-An large overhaul of many sprites
-A GUI overhaul
-Deeper micromanagement”

“The game is currently in a fully playable state, although understandably there may still be some bugs & fine-tuning necessary to iron out.

My goal is to always keep save games playable between each updated version, although being the nature of early-access, this may not always be possible between very large patches.

One thing to note: there is as of now, no tutorial system so it helps to be familiar with this genre of games.

I have however taken many steps to ensure everything is very intuitive so a tutorial isn't really necessary. Those familiar with similar games should have no issues diving right in & figuring things out.”

“While nothing is set in stone at this point, the current plan is to leave the price unchanged after full release but this depends largely on community feedback & the number of new features added over the course of the early-access period.”

“The early-access model will be an opportunity to take first-hand player feedback into consideration in determining the future development of the game. I've already been incorporating a great deal of feedback from beta testers and am looking forward to feedback from a far greater player-base.

An official bug/suggestions email is listed on the title screen of the game so players can easily submit their ideas & thoughts.

Rec Center Tycoon draws inspiration from the simulation/management classics like Theme Hospital as well as modern classics like Prison Architect to give you a deep, challenging business management game where you build and run a recreation center from the ground up.
Micromanage employees, finances, fitness classes, customer needs and much more! 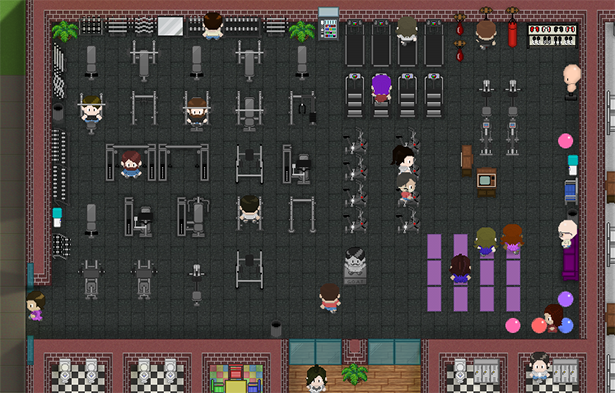 Start small, building a nice inviting, chill gym.
Hire employees, decide their wages & choose their work hours. Maybe take out a bank loan.
As you progress through the research tree you'll unlock new equipment, facilities & much more.
Work your way up to building a giant, bustling Rec Center with hundreds of members, running fitness classes like aerobics & swimming. All taught by your team of fitness instructors.
Hire lifeguards & nurses to keep your customers safe. Keep your plants watered, bins empty & cafe full of food & you're on your way to success!

Here's just a sample of some features you may enjoy:

And there's a whole lot more to come!


For the moment Rec Center Tycoon is only available for the Windows platform with possibilities for Mac & Linux support added after.