Naval Armada: Fleet Battle
Developer
XDEVS LTD
Publisher
XDEVS LTD
The world of Warships sends a challenge to you! Play with friends against the enemies and win epic battles on torpedo boat destroyers, cruisers and battleships! Build your own game strategy and leave opponents no chance!
All Reviews:
Mixed (126) - 55% of the 126 user reviews for this game are positive.
Release Date:
Developer:
XDEVS LTD
Publisher:
XDEVS LTD
Tags
Popular user-defined tags for this product:
Free to Play Simulation Casual Action Massively Multiplayer Multiplayer Naval
+
Reviews
All Reviews:
Mixed (55% of 126) All Time 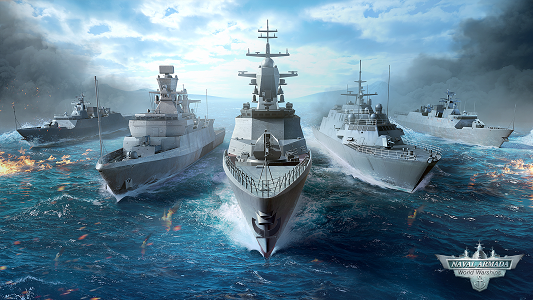 The best team fights are waiting for you! Absolutely for free!
The world of Warships sends a challenge to you!

Play with friends against the enemies and win epic battles on torpedo boat destroyers, cruisers and battleships!

Become the best admiral! Be ready to battle, win everybody and put global order. The war for world has already begun!

We have more than 25 of modern battleships in the Naval Armada forces!
Arrange your ships on the battlefield, strike, use your arsenal, try to sink enemy ships. Build your own game strategy and leave opponents no chance!

Features:
• A great amount of warships!
• Different classes of ships with different armament: from light guns to torpedoes and rockets!
• Unique system of upgrades to each ship.
• Various battle arenas from all corners of the world are waiting for you!
• Modern 3D graphics.
• User friendly controls which will be enjoyed both by newbie shooter players and harcore gameres.

Fight with players from all over the world and find out who is the best captain!