Kartong - Death by Cardboard!
Developer
Antler Interactive
Publisher
Antler Interactive
Kartong - Death by Cardboard! puts you up against wicked experiments inside the miniature city of Kartong. You have been shrunken down to the size of a guinea pig, trapping you in a home-built cardboard maze of evil toys & traps. Your goal is now to escape! But beware, "Sven" is watching you.
All Reviews:
Very Positive (50) - 86% of the 50 user reviews for this game are positive.
Release Date:
Developer:
Antler Interactive
Publisher:
Antler Interactive
Tags
Popular user-defined tags for this product:
Action Adventure Indie Casual VR Stealth FPS Arcade Fantasy Roguelike
+
Reviews
All Reviews:
Very Positive (86% of 50) All Time 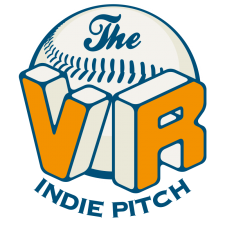 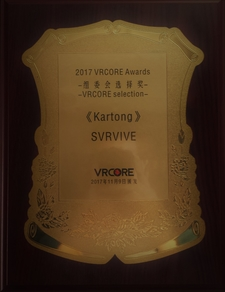 “Kartong – Death by Cardboard is one of those VR titles that impressively showcase the imagination of smaller indie studios and why they’re the life blood of VR.”
Peter Graham, VRFocus

“Definitely a must-play! You simply never know what is lurking around each corner.”
Nathie

“Everything in Kartong: Death by Cardboard! has been meticulously designed to make the player feel tiny and a little bit scared. From the cute but creepy decor, to the large trap elements that would be small items in everyday use, to the constant prying eyes of Sven through his cameras. Not to mention the skulking enemy contraptions that slink around almost every corner. Everything works together seamlessly to create a world that pulls you into its tiny clutches.”
Arline Groenewald, VRTheGamers

In a twisted world best described as ”a miniature cardboard city turned into a malicious science experiment”, you find yourself captured against your will by an oddly charming but mysterious YouTuber that goes by the name "Sven" in the deadly city of Kartong. Your life now depends on mediocre office supply-weapons and your every move is being filmed for his YouTube enjoyment - a truly odd experience, all wrapped up in challenging stealth/FPS gameplay. And oh, did we mention that you’re shrunk to the size of a toilet paper roll? Yes, you’re small... very small.

Kartong - Death by Cardboard! combines the cuteness of scary toys with the charm of paper cuts - all wrapped up in challenging stealth/FPS gameplay (that’s a legit genre, right?).

VR or Non-VR, it's all up to you!
Both PC and VR modes will offer procedurally generated levels with maps, traps, weapons and toy enemies constantly changing. A unique seed system also allows you to replay your favorite maps and share them with friends!

Life never gets easier!
So, you managed to find your way out of the city? Well, it ain't over yet pal. Kartong’s many difficulty levels will push you to the limit of your own madness. We would say “Prepare To Die”, but that’s a bit cliche now ain’t it?

Become the ultimate maze-warrior!
Kartong features a a local high score system for each difficulty as well as unique seeds to control the maps. So now you can challenge your friends for the best scores, get the sweetest upgrades and show off your rarest loot!

You like watching them and so do we!
With the new gameplay concept Kartong Co-Labs, we'll be able to put your favorite streamers and YouTubers into the deadly cardboard world of Kartong. The custom-made Co-Labs maps will feature different guest events, providing players with a growing library of challenge maps to play and explore. The various Co-Labs partners will be announced inside the game and on SVRVIVE Studios’ website as they go live.

A game jam gone horribly wrong!
After launching our previous title SVRVIVE: The Deus Helix, our dev team held a "lets-go-bonkers" game jam to blow off some steam. Obviously troubled by some very disturbing thoughts (disclaimer: we blame office air pollution), our team came up with Kartong. And once conceived, we had no choice but to bring a new unpronounceable game to the world.