Honeypot Espionage is an online VR multiplayer stealth shooter. Fight against Spies in a combat arena. As a Spy, you are completely invisible, but you will begin to materialize if you move, fire a weapon or set a trap. If you don’t want killed, stay still.
All Reviews:
No user reviews
Release Date:
Developer:
Pocket Sized Hands
Publisher:
Pocket Sized Hands
Popular user-defined tags for this product:
Action Free to Play Indie VR Stealth Multiplayer FPS
+ 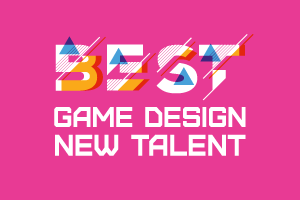 Honeypot Espionage is an online VR multiplayer shooter, focused on stealth combat, in which you are put against other Spies in a combat arena. The last man standing wins. As a Spy, you are completely invisible, but you will begin to materialize if you move, fire a weapon or set a trap. If you don’t want killed, stay still. The slower you move in real life the harder you are to see. You can set traps and decoys to trick other players into revealing their location to try to come out on top.
Multiple game modes allow you to fight the way you want. Team up with others to break into the High Security Government buildings to steal classified documents. Guard the VIP and keep them hidden from potential assassins. Classic Death match where you use your abilities to search out others to get the first and last kills. Stay hidden, only move to Kill.

Stealth Based Combat
o Invisibility mechanic, means the more you move the more visible you become.
o Use this to your advantage to set traps in congested areas, and wait…
o Tools and abilities will help locate your enemy.
o Decoys will trick players into shooting first.
o Not a hectic fast paced shooter! Stealth and Strategy come first.

Multiple Game modes
o Secure locations and hold down against attacks in our king of the hill variant.
o Hide as the VIP and outsmart your opponents by staying concealed and setting up traps.
o Break in and Steal sensitive documents while Guards (Other players) patrol the building.
o Stay hidden and pounce at the right time to kill in a strategic version of Classic Death Match.

VR Immersion
o Use objects in the environment to help you hide or time that perfect attack.
o Use items to create distractions and get attention away from you.
o Pick up whatever you see and put it to good use.

WHAT PEOPLE HAVE BEEN SAYING

"They've only been developing for a couple of months, and it's looking pretty damn good."
- Emily Sowden, Pocket Gamer

"This ('Honeypot Espionage') will turn out to be a game that’s ripe for YouTube and Twitch, especially when put in the hands of excitable or tipsy players."
-Sam Foxall, PCGamesN