Age of Heroes: Conquest is a turn based RPG set in a world where an age long peace has been abruptly ended. With the death of the King Felendis, Eridun is struggling under assault from a mysterious foe. Heroes emerge from the realm but who will lead them?
All Reviews:
Mixed (46) - 41% of the 46 user reviews for this game are positive.
Release Date:
Developer:
5th Planet Games Development ApS
Publisher:
5th Planet Games Development ApS
Popular user-defined tags for this product:
Free to Play Massively Multiplayer RPG
+

Gather a group of unique champions to your cause as you fight against the evil that threatens Eridun. Train and customize the abilities of your heroes to master the battlefield! Rally your party to battle the monsters that threaten Eridun.

Fight in the gauntlet to test your mettle against fellow commanders with your best heroes. Or battle it out in the arena where every single hero under your command can tip the scales. 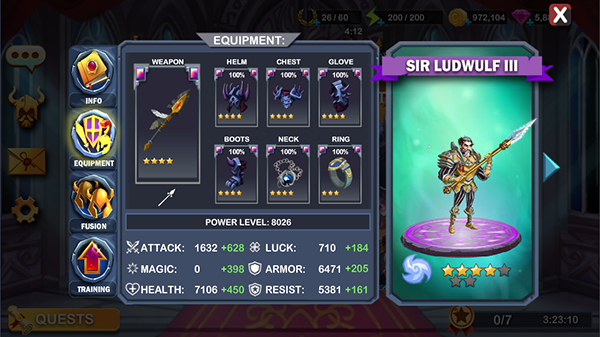 OUTFIT AND ARM YOUR TEAM

Collect and improve rare and powerful gear to equip to your heroes. Try different combinations to optimize the abilities and strengths of your heroes.


Powerful and legendary heroes are waiting for your command, arise and send them forward!