Half-Life: A Place in the West - Chapter 2

This content requires the base game Half-Life: A Place in the West on Steam in order to play.

This content requires the base game Half-Life: A Place in the West on Steam in order to play.

Buy Half-Life: A Place in the West - Chapter 2

A Very Modern Major General is the second chapter in the Half-Life: A Place in the West saga, and continues the story of New Franklin – an American enclave with a mysterious cosmic tower at its heart. 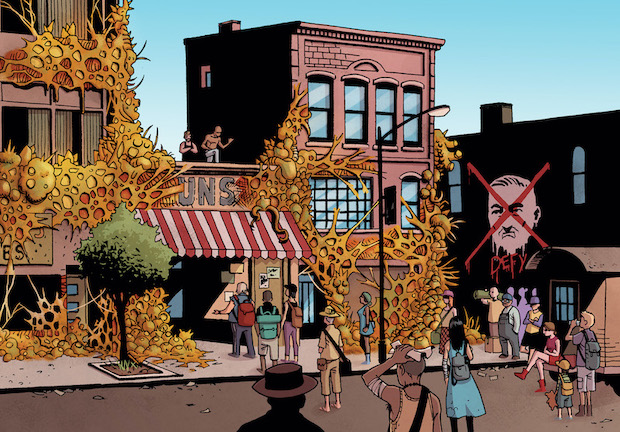 Albert Kempinski and Leyla Poirier form a tenuous alliance to infiltrate the mysterious city to which they are both drawn.

Once inside, they discover a forgotten world in which the human spirit has been rekindled. This society of survivors has formed around a military leader called Major General Long, who puts Kempinski and Leyla before a council of the city's elite to determine whether or not they can remain. If their lie is exposed they risk death, but the pair struggle to see eye-to-eye on the city.

And on the city's outskirts, Dreyfus encounters two survivors of the Black Mesa Incident who reveal there is more to the city than it appears…

A Very Modern Major-General is 48 pages in length, featuring all new artwork, a host of intriguing new characters and settings, and familiar hallmarks of the acclaimed Half-Life series.

Half-Life: A Place in the West is intended for mature audiences, containing occasional scenes of moderate violence, rare episodes of body horror, and minor nudity and sexual content, although this varies from chapter to chapter. The story deals with themes of political oppression, sexual assault, and sexual coercion.