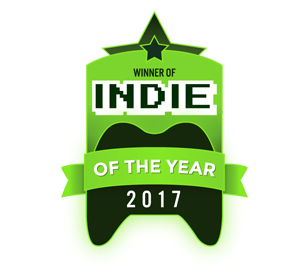 “Early Access plays a key role in allowing us to remain independent. We are currently self-funding Holdfast: Nations At War to avoid any sort of outside influence to the development of the game and remain community oriented. We also want to create the game without the need for accepting donations or loans largely as part of our overall motivation and dedication to this project.

Shaping the game together with the players has played a major role in ensuring it’s success. We have been gathering feedback since the very early stages of the game’s development and we will continue to do so. Early Access will enable all of our followers with a direct opportunity to provide us with feedback while we continue to improve, iterate as well as well as include new content within the game.

Be sure to join us on our Discord if you wish to share any suggestions. There are channels which are solely dedicated to gathering your feedback whilst allowing the rest of our community to voice their opinion on the matter. Go to our Discord here.”

“Creating a multiplayer title with a small team is a very challenging process. We want to make sure that the product is polished and most importantly satisfactory before the full release. We expect the full release of the game to be ready somewhere within 24 months after the start of Early Access. In game development, it is very difficult to accurately guess how long work will take. For this reason, we are not yet ready to give a definitive date.

We will be able to gather feedback on a much larger scale during the Early Access period. This will better help us with shifting our priorities on the improvements, new features or content that the community wants most before going for the final release.”

“We have chosen the Napoleonic Era specifically because it offers us with almost endless possibilities for content. Holdfast: Nations At War is not just a single release for Anvil Game Studios. We have plans both for the game directly in terms of performance optimisations and additional content in patches but also for a Holdfast franchise.

We wish to build a community around this release, support it and keep new content coming so that it grows. This covers bug fixing in patches and later additions of planned content before then moving forwards into new regions, ships, factions, gameplay features and maybe even exploring new conflicts!”

“Holdfast: Nations At War is still under active development.

This Alpha state means that some of its features and content are more polished than others. Improvements are ongoing for the core mechanics of the game such as the melee and naval combat along with player count optimisations. On that base, we also plan on the inclusion of new features such as cavalry, new factions and maps. We know what the community wants and we’re working on it!”

“There is a possibility that the price may change after Early Access but this has not been decided yet. Pricing for the final launch version of the game will be announced at a later stage.”

“We truly believe and understand that the community’s involvement in our development process is of the utmost importance for the competitive element of the game to strive and prosper. It also plays a crucial role in ensuring the overall success of the game.

We have always welcomed feedback and always will. We would like to once again extend our invitation to join us on our Discord where you can communicate your suggestions and thoughts with both the developers and the community. You’re more than welcome to get involved and help us shape the game.

The development roadmap details a list of new features for all of the theatres of combat within the game as well as improvements to existing systems. We will be releasing this at the same time we release Holdfast: Nations At War on the 21st of September.
View the development roadmap.

The prioritisation of the game’s features visible in our roadmap as well as the inclusion of newer ones will be based on the suggestions and feedback we receive from our community. Visit our Discord to get involved!
Holdfast Community Discord - Have your say on the game.”

Play the way you want!
Command and crew historically inspired sailing vessels in powerful duels or within squadron operations where cooperation in running your vessels leads to victory. War at sea is an entirely different setting and these clashes will take place off the coast in a selection of beautiful arenas.

Take the King’s shilling or fight for the Emperor in glorious Napoleonic field battles. Join the ranks and keep the line steady or provide support from the rear with cannon fire as you strive for dominance over the battlefield.

Join the Navy
Experience what it’s like to be a crew member on board a military sailing ship. Raise the sails, fire the cannons, test the water depths and cooperate to keep your vessel afloat!

Enlist in the Army
Work with your comrades to storm enemy fortifications or support the fight from the rear with artillery fire. Keep the line steady in open field battles and lead your men to victory!

Play as a Captain, Sailor, Line Infantry and more! Every class comes with its own traits and roles which are crucial for your team’s survival.

Holdfast: NaW’s order-based system allows for intuitive cooperative play where your ability to work as part of a team matters just as much as your personal skill.

Whether you are manning a cannon, firing a musket or swinging a sword, Holdfast: NaW's combat mechanics are easy to learn but hard to master. The game rewards player skill via a precision and timing based directional melee system.

There will be plenty of chances for you and your mates to take on other groups in tournaments and fierce competitive events. Hone your skills because you can be sure that your opponents will too!