Multiplayer environment where you have creative freedom to design Spaceships and to fight against Players and A.I. Communicate with your friends through VOIP, Collect and Manage resources, Create an armada and conquer Space!
All Reviews:
Mostly Positive (15) - 73% of the 15 user reviews for this game are positive.
Release Date:
Developer:
Drakeling Labs
Publisher:
Drakeling Labs
Popular user-defined tags for this product:
Casual Strategy Action Early Access Space Multiplayer
+

“Being our first independent game ever made, we at Drakeling Labs want to take the time we need to get things right. Getting to know our players, exploring new gameplay ideas with our community, and building Iron Armada with the fans who love our game is what makes Early Access so important to us. We want this to be the first step of something amazing, and that takes starting small.”

“We have no specific timeframe on when Iron Armada will be completed. Our roadmaps are mapped to content milestones, not timelines. We don't like making promises before our work is done, and we don't like rushing to deadlines... so please take this into consideration when reviewing the current version of the game.”

“Our current goal is to build Iron Armada into a solid multiplayer foundation, with a variety of maps, gamemodes, and most importantly... community support (such as modifications.) We enjoy spending considerable time with our community day-dreaming and prototyping new ideas and features... however we refrain from promising anything we are not entirely certain we can accomplish.

Our immediate plans for the game include competitive "fleet" warfare, with a minimum of 16 (or 8 vs 8) players, fighting in large scale environments, over round based objectives.

Possible future versions of Iron Armada could include open exploration, large scale multiplayer, rogue-like multiplayer campaigns, and single-player modes. However these features are only speculative... and will require considerable amounts of time and resources before we are confident we can include them.”

“The current state of Iron Armada allows for competitive multiplayer gameplay (on dedicated servers) with our standard "conquest" competitive gamemode.”

“During the alpha, our supporters were able to purchase the "Pioneer's Edition" of Iron Armada, which gave exclusive access to the alpha version of the game. Currently the game is now in beta, and is free to all Steam users. Upon full release, players will be able to purchase an optional "upgrade" for Iron Armada which will include a limited number of exclusive features. Owners of the "Pioneer's Edition" will automatically receive this upgrade, as well as an exclusive "Pioneer" in-game tag that will no longer be purchase-able.

We take great inspiration from games like Unturned, and we plan to follow a similar business model. Funds raised through sales of Iron Armada related upgrades will be reinvested into development, and used to create paid "incentive" milestone rewards for community developers who implement community requested features into the game.”

“Integrating our community into Iron Armada's development is the sole purpose for our early access release. The source-code repository for Iron Armada has been opened to our community developers, and the incorporation of features and ideas chosen by our community is our primary priority.”

Iron Armada is a space-faring ship-building game that supports singleplayer, multiplayer, and cooperative gameplay. Harvest resources while defending your faction's mothership. Construct frigates, fighters, and stations to fight against hostile forces. Play as a key part of your crew, board enemy cruisers, kill their crew, and commandeer enemy craft. Wage all out war until your faction emerges victorious. With multiple ways to play, no two missions are ever the same.

Construct new ships using the resources your team mines from asteroids, salvages from wrecks, or captures from planets. Your scrap can be used to construct fighters, frigates, destroyers, or even larger ships for your team. 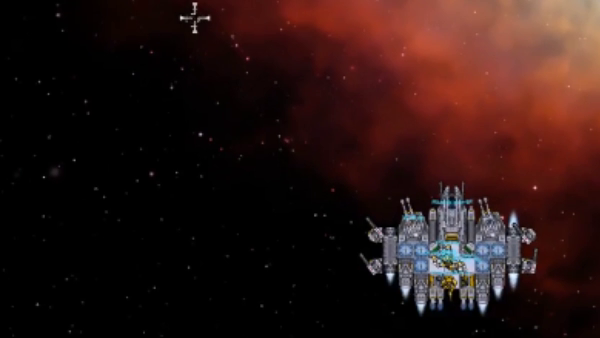 Hunt down, assault, and board enemy vessels crewed by other players. Capture their ship and refit for your own armada, or salvage their wreckage to augment your own craft. Target ship sub-systems to paralyze critical ship components. Immobilize or cripple enemy cruisers prior to boarding, to maximize potential salvage. 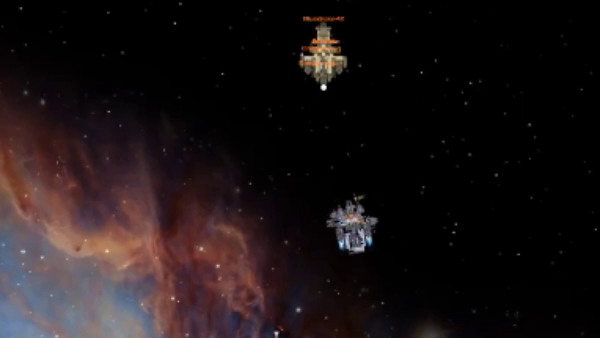 Build giant vessels, fully crewed by your friends. Construct manned turrets, rail guns, crew medical bays, ore refineries, and all other critical ship systems. Build fighters to support your cruisers, or frigates to ferry your mining crews. Assemble your armada, rally your forces, and lead your team to victory. 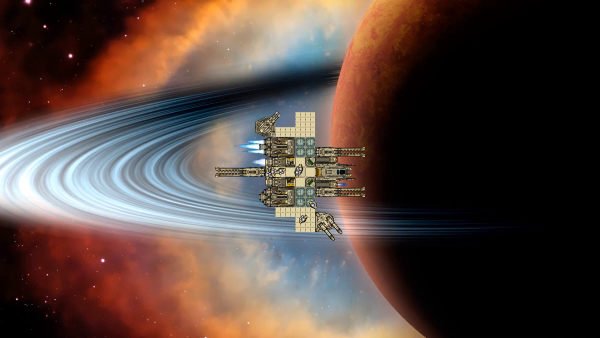