The world of Entrath is in a precarious state: the forces of the Ardent and the Underworld armies have settled into a stalemate, yet how long this period of reasonable calm is going to last, no one can say. With the world in an uneasy balance, the different races seek to employ the Hexing Gems and the primordial Wild and Blood magic to stack their decks.

This bundle prepares you for the campaign fights to come, with a total of 35x packs from the campaign, 2x Herofall boosters, and 15x Standard Format Gauntlet packs (an assortment of common and uncommon cards from the first 5 sets) to enhance your decks on the battlefield. This bundle sets you on the right path to start your journey through the Howling Planes – the start of HEX’s campaign mode. Additionally, there are a few consumables and one of our rare cosmetics in this pack, as well as some in-game currency to give you a little boost. 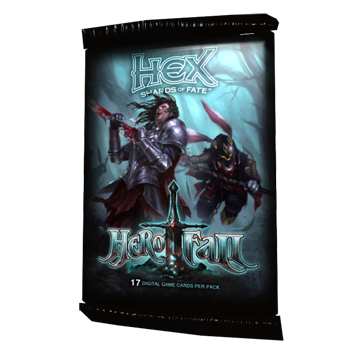