Rosenkreuzstilette is an action-platformer game in which you step into the shoes of Spiritia Rosenberg, a virtuous young woman caught on the wrong side of a revolution instigated by her closest friends. Each of the game's seventeen stages is filled with treacherous terrain and swarms of enemies ready to make quick work of our plucky young heroine. Guide Spiritia safely to the boss at the end of each stage and use all of the abilities at your disposal to knock some sense into them.


Upon defeating a boss for the first time, Spiritia may acquire a new magical ability or two. There are plenty of unique abilities scattered throughout the game, and some of them can make particularly troublesome areas much easier to navigate. Each boss is especially vulnerable to certain abilities, so learning to pinpoint and exploit these weaknesses is bound to make defeating them a lot less painful (for you, not them).

Having recently completed a six-month-long teaching assignment for the Holy Empire, Spiritia Rosenberg was anxious to return home to her friends and get some well-deserved rest.


Unfortunately, her homecoming would not be the warm welcome she had expected. As Spiritia returned to the Imperial Training Grounds, a monstrous dragon appeared and whisked away her student Iris, the daughter of the esteemed Count Michael Zeppelin. Moments later, flames engulfed the training grounds and its surroundings, ruthlessly consuming everything in their wake. With no time to lose, Spiritia and her fairy companion Lilli rushed into the burning forest in pursuit.

Making her way through the roaring flames, Spiritia was overjoyed to find her best friend, the cool and collected Freudia Neuwahl, already on the scene. However, her joy quickly turned to horror as she learned the identity of the arsonists; her own organization of magicians, Rosenkreuzstilette, with Freudia herself leading the assault.

Freudia informed Spiritia of the unit's decision to rise against the injustices fostered by the Empire, inviting her to rejoin their comrades as they declared war on mankind. Not one to tolerate the suffering of innocents, Spiritia refused - and vowed to stop her comrades from making a senseless and deadly mistake.

Join Spiritia in her quest to stop Rosenkreuzstilette, a company of rogue magicians led by Count Zeppelin himself. A squad composed entirely of Spiritia's dearest friends...

- The Blades of the Rose Cross (Rosenkreuzstilette)

A digital manual containing all of the information below (and more) can be found in the game's installation folder. 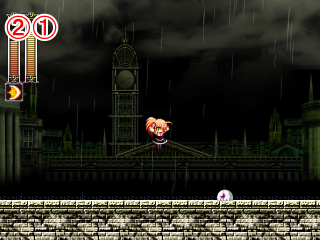 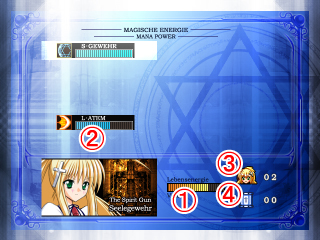 The following hotkeys allow you to configure game settings at any time. These settings can also be configured via the Options Menu. 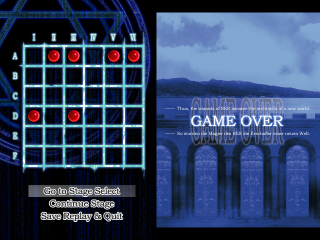 Every time you defeat a boss or lose all of your Extra Lives, a password recording your current progress will be displayed. Be sure to write this password down in case you need to quit your game for any reason. If you're feeling lazy, press the F12 key to save a screenshot of your password to the game's "screenshot" subfolder. 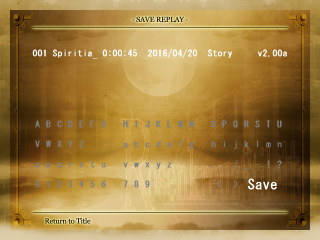 Think of replays as video recordings of your game sessions that play within the game itself. If you are having trouble with a particular stage or boss, studying a replay can help you recognize different ways of approaching a situation and allow you to figure out enemy attack patterns. You can also use replays to share particularly impressive playthroughs with your friends or to point out the locations of the many secrets hidden throughout the world of Rosenkreuzstilette.

To save a replay, select “Save Replay & Quit” from the Password Screen that appears after a Game Over or completing a stage. Alternatively, you can press the Pause button and select “Save Replay & Quit” from the Pause Menu to save a replay at any time. Selecting this option will end the current game and display the Save Replay Menu. This menu will appear automatically after you have completed the final stage, allowing you to save a replay of the entire game. Select an empty slot and you will be prompted to enter a name of up to 8 characters long. Once you have entered your name, select “Save” and your replay will be saved for posterity.
Replay files are saved to the game's "replay" subfolder and are automatically named in sequential order ("rks001.rpy", "rks002.rpy", "rks003.rpy", and so on).