“Badiya is a big evolving open world and as such we need the feedback from the community in order to shape it the right way.

We will explore different gameplay features that may or may not pan out and so we need the input of the players in order to improve the experience.”

“Our intention is to remain in Early Access until we finish the multiplayer and co-op aspects of the game and reach a mature and stable performance level.”

“The full game will offer Sandbox, Story Mode, Co-op and Multiplayer modes along with a map editor. If you buy the game on Early Access now, you will immediately get the Sandbox Mode and you will get the rest as they are developed.

We're using Early Access to add more content and balance game mechanics through community input. We would like to think of the full release as the conclusion to this process.”

“The world of Badiya is an infinite procedural open world and this aspect is demonstrated in early access along with a full day/night cycle and a weather system.

You are also able to utilize different transportation methods such as armored cars, tanks, horses and camels.”

“We are pricing the Early Access version of the game at the current price to reflect the unfinished, work-in-progress state of the game. This price will gradually increase as we progress through Early Access until we exit it and launch the full game.”

“Badiya Might Be The Most Beautiful Procedural Open World Survival Adventure Game.”
gamingcentral.in

“It's a very nice looking game, and the Arabian setting is unique within the genre.”
PCgamer.com

Experience the mystical desert culture just as industrialization was dawning upon it. The desert, with its harsh climate and fierce wildlife also hides such gems as the honor-bound bedouins, sites of ancient civilizations, and rare resources. Simultaneously, the rising industrial power of world war one offers a backdrop ripe with conflict and destruction as horse meets tank. 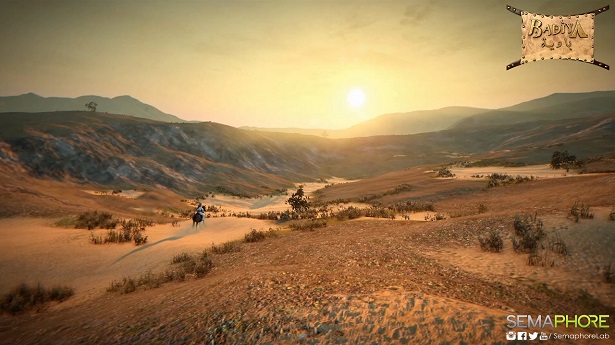 Every time you play you will see different looking terrain, events, enemy encounters, and items to loot. 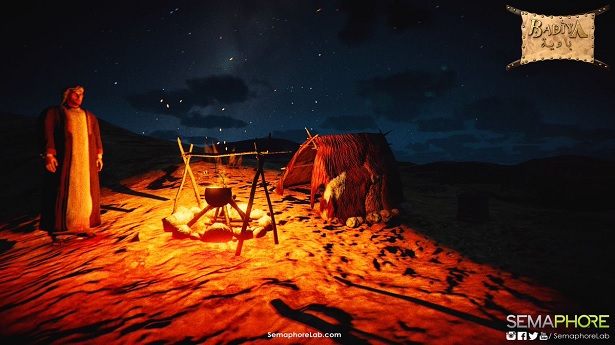 A full 24 hour cycle is available. You can sleep to pass time and regain stamina. 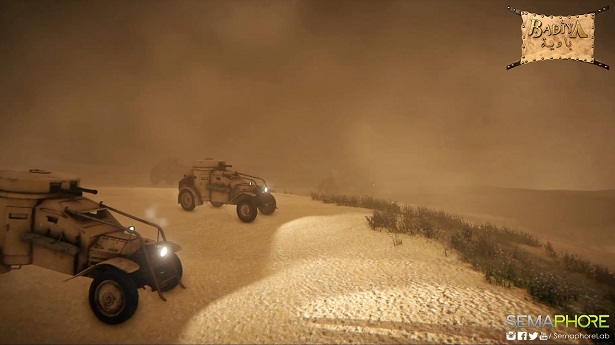 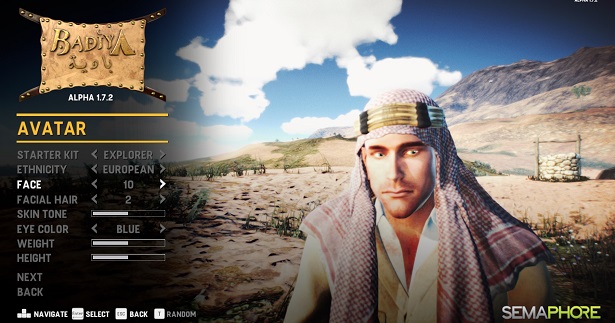 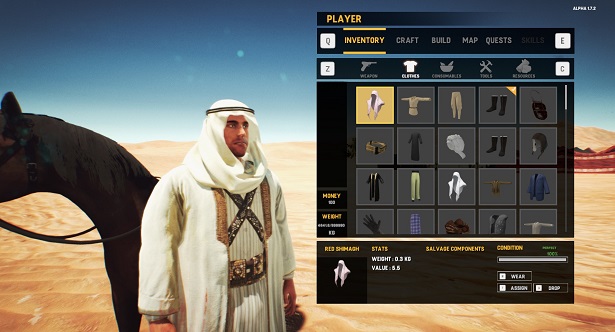 Badiya features a collection of authentically designed Arabic and western clothing sets covering multiple styles for head-wear, upper body, lower body, feet and accessories. You can also mix an match if you like (Imagine an Arabian thobe with a Cowboy Hat. That would be cool!)

WATCH FOR YOUR NEEDS: 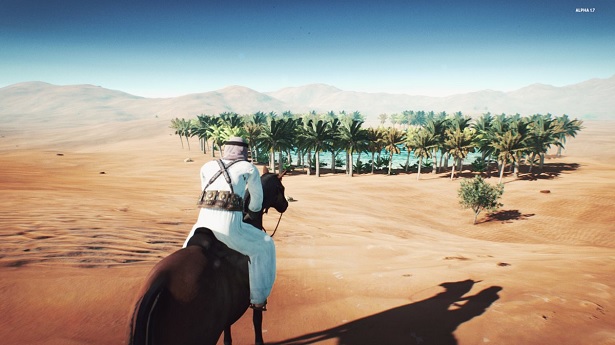 Keep an eye on your biometric indicators such as health, food, thirst, temperature (you can get Hypothermia and Hyperthermia if you are not careful). Balance your diet and food intake in-game because your character can gain weight or lose weight with visible visual difference.

Collect different types of plants that you can use to craft medical potions to help with poisoning, pain and stamina. Mine rocks to gather iron, gold, or cooper ore as well as other precious metals. Chop down trees for wood, fruits and plant fiber.

Loot everything you can and gather resources to be able to craft all sorts of recipes for weapons, medicine, and tools. 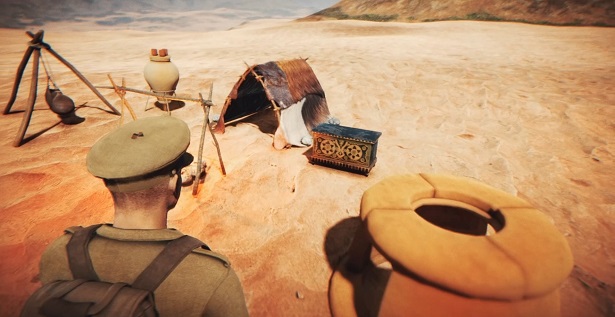 You can craft and place a camp fire which can be used for cooking food and as a source of heat during cold nights, build a smelting station to turn minerals into useful materials, build a crafting bench to build advanced items and sleep in a tent to gain more stamina and health back.

Over 20 Middle Eastern local cuisines and soups can be cooked with a cooking station in addition to cooking plain meat.

Utilize an arsenal of weapons including side arms, rifles, machine guns and (in future alphas) flame throwers and sniper rifles. 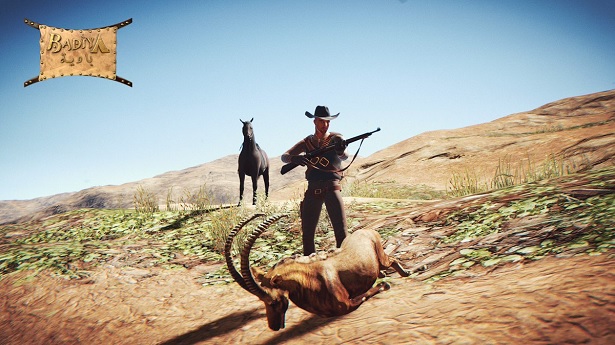 Hunt prey animals such as Rabbits, Deers, Oryx and many others and skin them to get their meat, hide, fur, fat and bones.

Many wild animals roam the desert awaiting to skin their teeth into you including wolves, Leopards, Hyenas, Lynx, and stray Greyhounds. 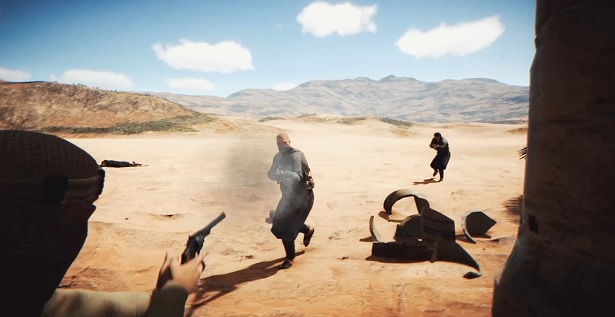 Guns Blazing vs Stealth. You have the choice to approach each situation to your liking wither its to launch a full blown attack or sneak your way through undetected while knocking enemies unconscious and dragging their bodies out of sight. 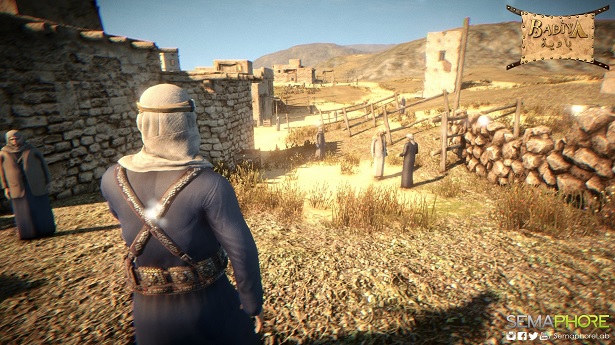 Buy, sell and trade with different merchants across bedouin camps and villages. 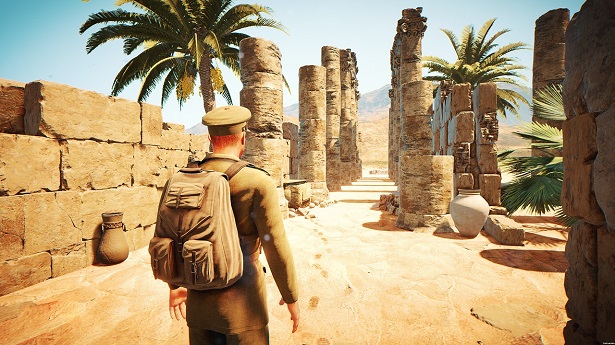 Embark on an unlimited number of quests that you can take from the locals that will ask you to gather items, transport items, secure bandit and mercenary locations, find treasures and many more. 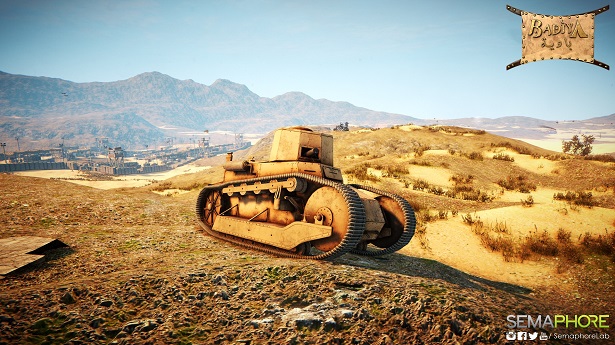 MAP SYSTEM WITH A POI COMPASS: 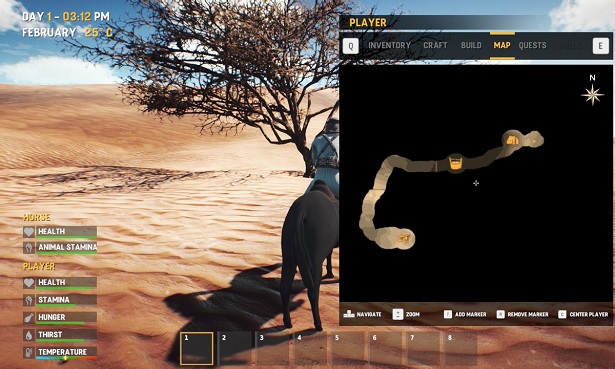 A fully featured map system with Fog of War that reveals only the parts that you explored. An optional POI compass appears on top of the screen and guides you to the locations of nearby points of interest. 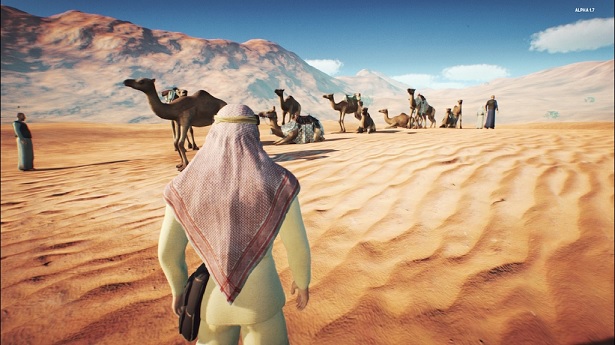 You can come across caravans that feature merchants to trade with, quest givers as well as the ability to fast travel to previously discovered points of interest for a cost.

A RICH AND DIVERSE WORLD AWAITS YOU: 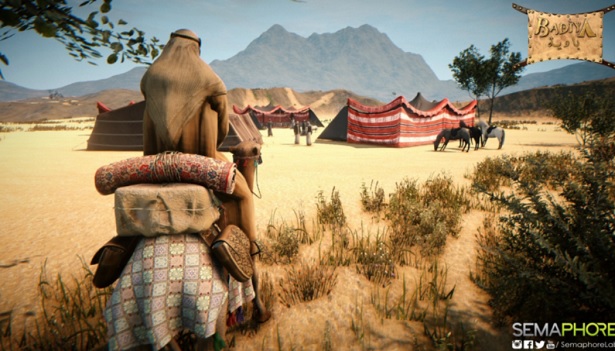 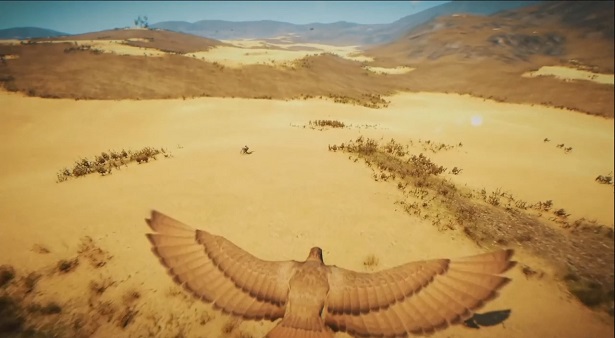 Use a falcon, scope or binoculars to scout and tag enemies and resources. 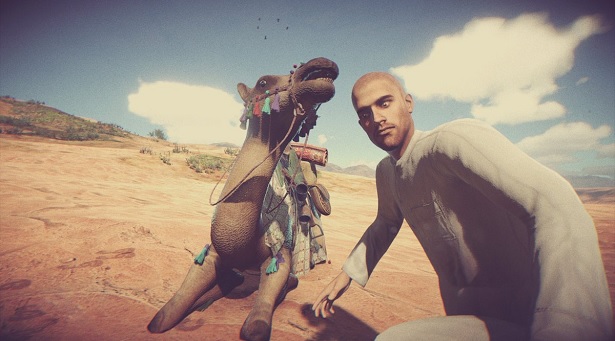 You can pause the game at any point, move the camera around to frame your shot, change color filters, control camera depth of field and field of view and then capture that perfect shot that you can share on social media. 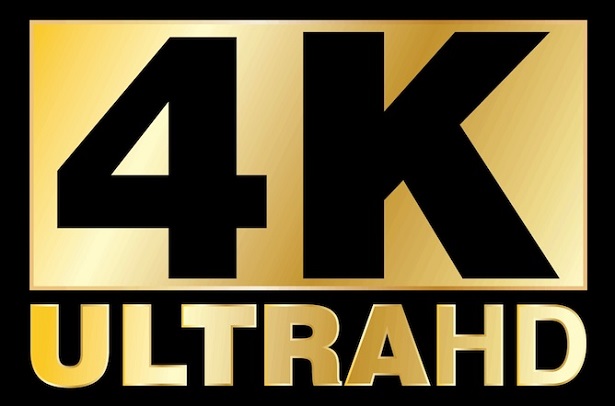 High resolution textures ensure a crisp look that is carried over when you play in 4K. The user interface will also scale accordingly to show in a proper and readable way. 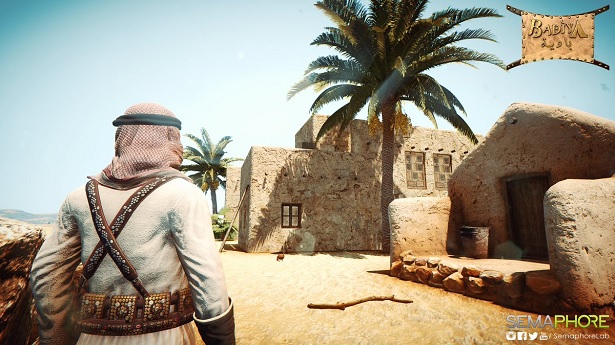 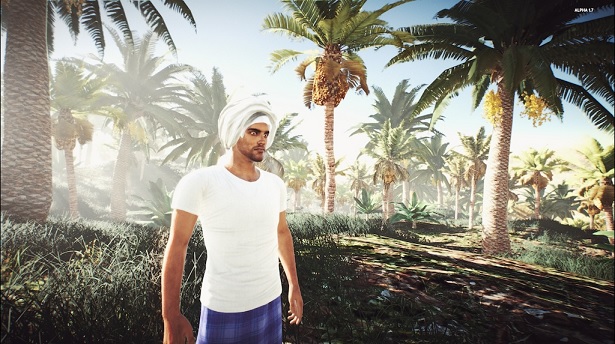 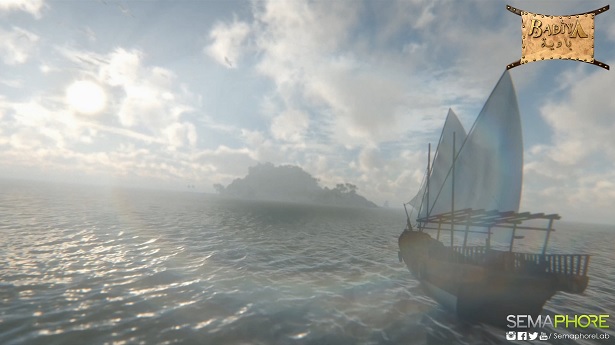 Build your own ship and navigate to explore different islands filled with treasures, go fishing, or pearl diving in the sea. 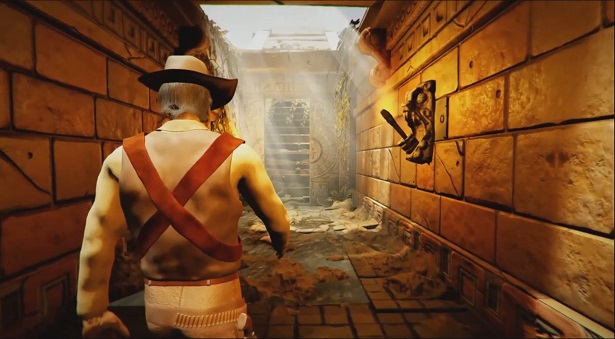 Equip your torch, lantern and courage and explore tombs and cave networks that are filled with traps, loot, treasures and dangers.

Badiya: Desert Survival © 2021 Semaphore Est. All trademarks and copyrights are the property of their respective owners.