“We know that the gameplay is fast paced and fun, but we need the help from the community to evenly balance all of the weapons/grenades and other awesome stuff! We want the community to help mold Mayhem ZX into the greatest game it can be. Numb Thumb Studios consists of no more than two people, an artist and a programmer, so there will be things we might overlook, or ideas we may never think of! Mayhem ZX is meant to be a chaotic, random shotgun blast of heavy metal intensity, amplified by beautiful aesthetics and engaging gameplay. We want your input!”

“Until the community is fully satisfied! And until our list of features to add is finished, which includes more characters, guns, grenades, stages, game modes and pickups/items! The specific date is of course nebulous, however, we estimate Mayhem ZX to be in early access until roughly December 2018.”

“We are envisioning an infinite arcade-style single player campaign mode. We would like to add various Multi player game modes, more unique characters to run around with, weapons to kill with, and grenades to blow stuff up with! The fact that every character uses any weapon and equipment differently, it only takes one great weapon or character to open up a dozen more gameplay possibilities!

There has also been talk of adding a mini games section for both Single and Multi Player, and are open to suggestions for small games that you think would work well on the Mayhem engine!”

“v1.03 - Fully functional multiplayer mode, with 12 different Characters, 9 Unique weapons, 7 explosive grenade types and 4 W.I.P. multiplayer arenas. There is also 2 Single Player modes, a Training Zone where you can grasp the controls and damage dealt a little better, and a Target Practice mode that essentially acts like a time trial with Steam Leader boards to climb!”

“The price has been lowered from the original amount for several reasons, most importantly due to the lack of content, most especially a solid single player experience. Other reasons would be bringing in more players to provide valuable feedback to the developers, and in order to better fund the development itself.

The price will remain at the lower amount until more notable content is added. With each major addition, the price will increment upward, so get in on the mayhem as soon as you can!

The price change will not include things like bug fixes, obviously, only new features and content. The price will not exceed what we have already decided as the launch price, either.”

“As we are all aware, Balancing players between their stats and weapon attributes can be a very tricky thing. We hope the community can help us land with a balance that is dynamic, engaging, and memorable. The plan is to implement as much epic mayhem as we can possibly think of (for example, stage props, enemies, character-specific abilities, challenging baddies and over-the-top boss fights) and would love to hear some of the great ideas you all may have!”

As the world is thrown into a frenzy at the approach of an enormous meteor, battle-hardened warriors from across the earth race to the blast zone seeking to claim the ancient power held within.

Take control over a select few fighters and find out who has what it takes to survive and rise to power! Mayhem ZX has combined the retro Aesthetics and modern Twin Stick Shooter genre into an awesome and unpredictable Chaotic Couch Brawler. This is the kind of game that you're gonna want to be sitting next to your comrades when you suddenly remove their heads from their bodies!

Mayhem ZX is aimed at bringing friends together again, to sit down on the same couch, in the same room and pass the controller back and forth as they dominate each other. We grew up in an age where this was how we "Hung Out" with each other, and with how many games are all Online Only we would like to bring this genre that stole our youths back to the present! 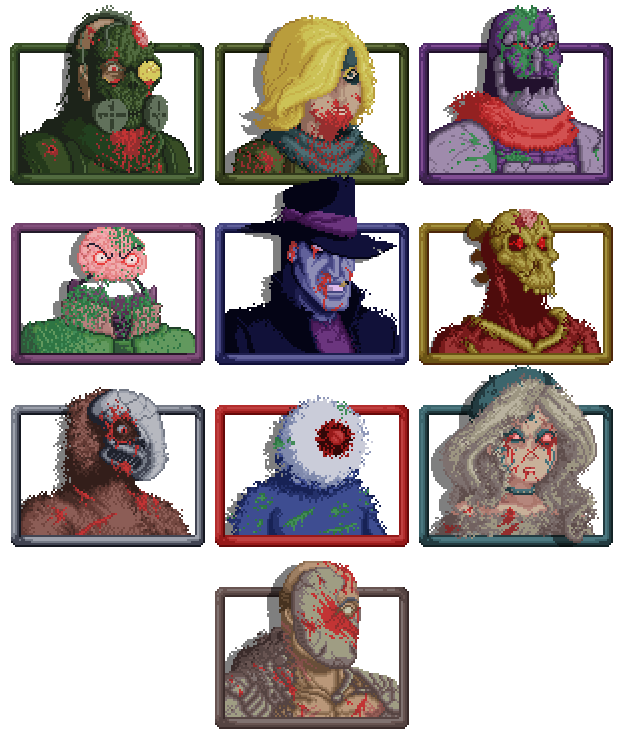