Drop Out 0 is an online first person shooter with a twist: there are no hitpoints! Beat your opponents by knocking them out of the map with various crazy weapons. The game features very straightforward, cross-platform multiplayer. Just download, set up and play online within 2 minutes.
All Reviews:
3 user reviews - Need more user reviews to generate a score
Release Date:
Developer:
Ward Dehairs
Publisher:
Ward Dehairs
Popular user-defined tags for this product:
Action Indie
+

Drop Out 0 is an online first person shooter with a twist: there are no hitpoints! Beat your opponents by knocking them out of the map.

Drop Out is played in matches of up to 8 players, the goal is to get as many points as possible in a team, or alone, within the time limit. You gain 2 points for every enemy player you knock out of the map and you lose 1 point every time you are knocked out of the park. Every suicide will result in a withdrawal of 2 points to your own score, you clumsy oaf! The game offers a variety of weapons that allow for different strategies and playstyles; whether you want to rocketjump, snipe or fistfight there will be something for you!

The game is built for multiplayer, you can play online, cross-platform easily and quickly. There is also an offline mode where you can practice against bots. LAN mode is clunkily available for windows, but can be improved and expanded if there is demand for it.

Playing online will grant you XP which you can spend to get new weapons, perks and skills. To keep the game balanced, you can unlock anything at any time. The price per unlock ramps up, making sure you can get a full set very quickly but getting every set will take some time.

At the time of writing there are 5 maps, 13 weapons, 8 perks, 2 character models and 2 skins for each. I will still be working on adding more content after release, which will be gradually added to the game.

Any player can host their own game on provided servers. As host you can kick/ban players and manage the timer and level selection.
When joining a game, the player can choose one of his created character load-outs. These can be switched in between deaths.

The game has been playtested a reasonable amount, but there might still be balance issues and bugs. I will try to keep up with the Steam community to notice and fix such problems as soon as possible.

Versions are available for Windows, Mac and Linux. The game is not too heavy performance wise, but just in case it has a bare bone setting so you can still run it on your favourite toaster. You will of course need internet connection with a reasonable speed to play online in real time! 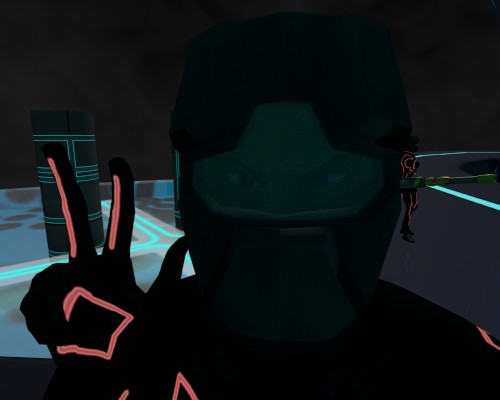 As you might have guessed there is no professional team behind Drop Out. I am a 21 year old physicist in training from Belgium, when I’m not discovering the laws of the universe I like to work on my game development.
In the past few years I have worked on several smaller projects but nothing on the scale of Drop Out. During this time, i learned how to work with Unity and Blender which culminated in Drop Out 0.
No matter what career I might choose in the future, I am very passionate about making games, so you might see a new title pop up on Steam in a few years. Expect something wildly different though!

Special thanks to:
Doug Bryant (BulletMagnet) for the weapon models and teaching me how to model better,
Marnick39 for helping with coding, ideas and balancing,
Unity for their buggy game engine, PhotonEngine for their equally buggy networking code.
Thanks to the testing team, including CubicWarrior, Deraldo, Tafikay, Woxic, Patat, Joey, Anivia, hallway A1 and the FunnyJunk community!
Music by Louis Davita (check out his soundcloud).
Additional music by Kevin Macleod, and Adrian Von Ziegler.

Drop Out 0 © was made by Ward Dehairs 2015-2016
All content included in the game, except for the music, falls under this copyright.
The music included belongs to Louis Da-Vita, Ward Dehairs or Kevin Macleod respectively.