“We've been having a blast building out the world of CyberThreat and want to get it into player's hands as soon as possible. Your feedback and guidance will help us craft and deliver a great experience.”

“To deliver on the full scope of our vision for the game, we will be rolling out changes over the next 6 to 12 months.”

“We will be expanding the performance and scale of the game adding additional locations, opponents and allies. We will also integrate additional Steam features such as global leaderboards and achievements. Additionally we plan to build a robust multiplayer mode that will allow players to create their own personas robot or human and battle it out across the urban landscape. Finally we plan to offer a full story mode that will allow players to delve deeply into the world of CyberThreat.”

“Players can battle across across 12 city blocks of urban landscape from ground-level to rooftop against 8 different robotic opponents with 5 different weapons. Game play modes include an open world sandbox game, numerous scenarios, defense modes and challenge modes.”
Will the game be priced differently during and after Early Access?
“The price will likely rise as we release significant new features.”

“We expect to raise the price as significant new content and features are added.”

“Please take to the Steam community forum to let us know about what you love about the game and any challenges you have so we can make sure that we are driving the game in the right direction.”

A rogue AI has broken loose and threatens to spread globally. The hard lines have been cut. An EM blanket has been lowered, but the AI is building a force to break out. You are a veteran of the elite Cyber Threat Task Force. Your mission: take it down. 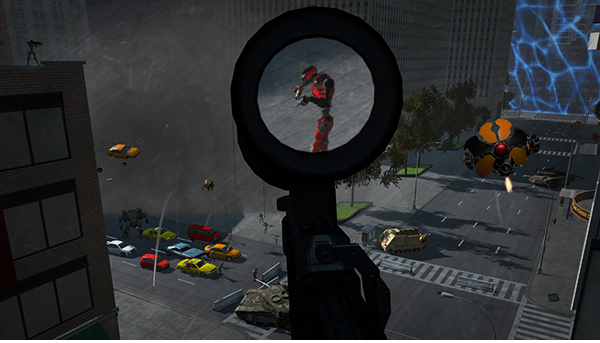 Explore the streets, buildings, and rooftops of a 14 block urban warzone with no limitations. Locomotion options include teleportation, touchpad sliding, arm running, jumping, climbing, and even flying. 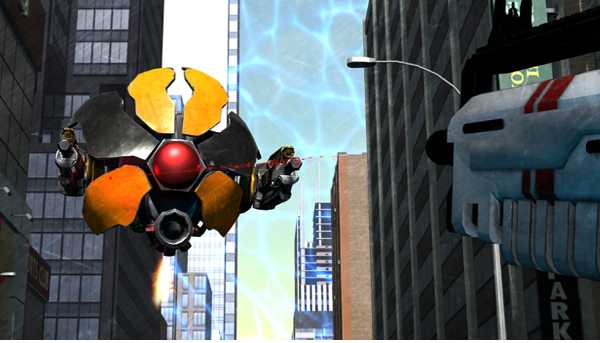 CyberThreat is a city-sized playground full of intelligent war machines with their own goals
and agendas. Here are just a few things you can do: