The only split-screen single player twin stick risk 'em up in which your score is meaningless unless you exist. If you do not extract you do not keep your score. Playing 'til death is not an option. Don't lose sight of your mission. Trackher.
All Reviews:
Positive (10) - 90% of the 10 user reviews for this game are positive.
Release Date:
Developer:
Ask An Enemy Studios
Publisher:
Ask An Enemy Studios
Popular user-defined tags for this product:
Indie Early Access Twin Stick Shooter Action
+ 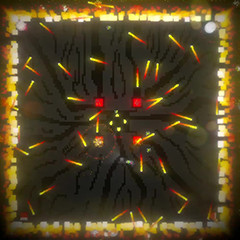 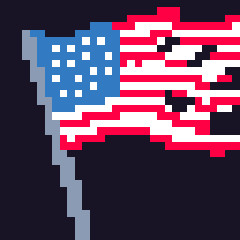 AAES - ADHD Out Now on Nintendo Switch on Twitter 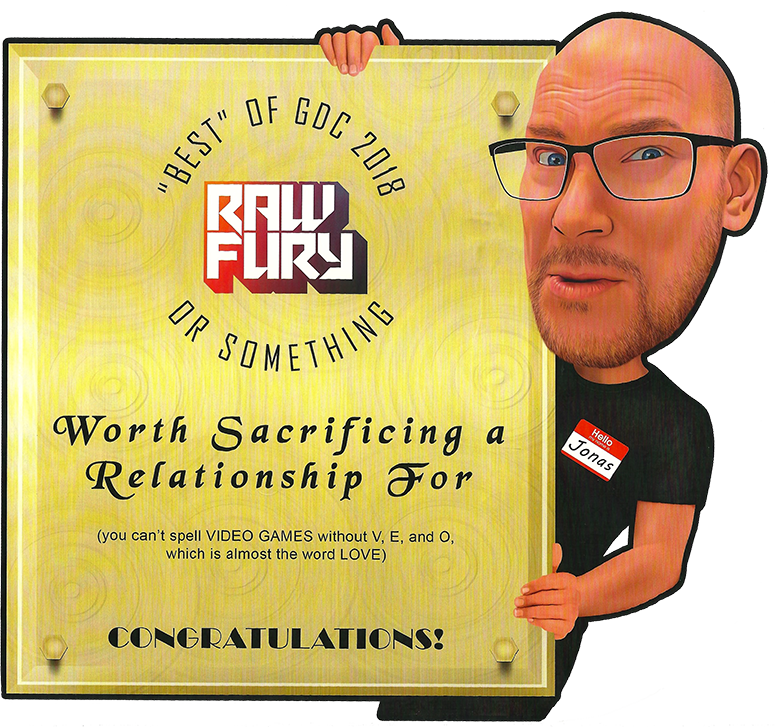 GDC 2018 - RAW FURY : Best of GDC or Something - Worth Losing a Relationship For 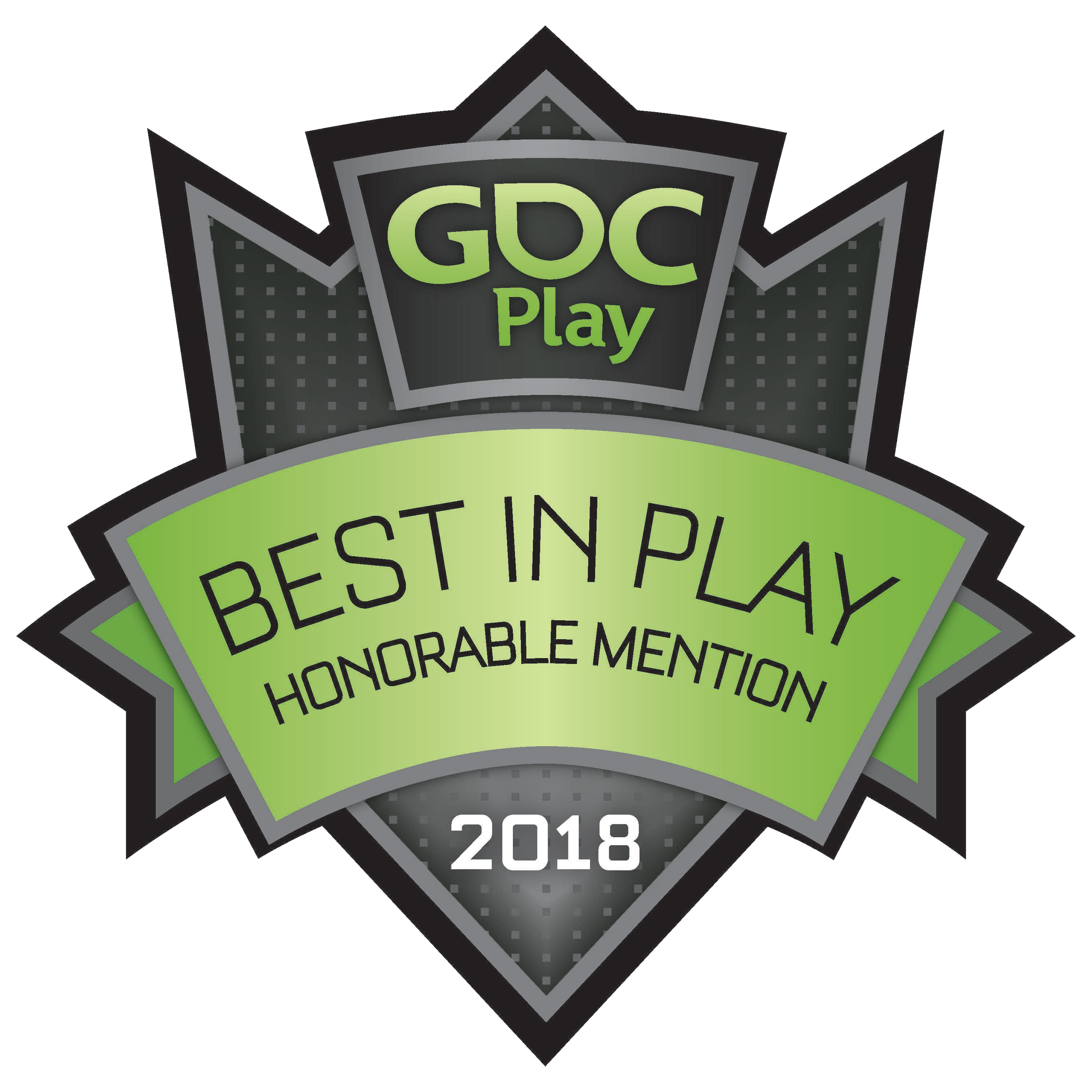 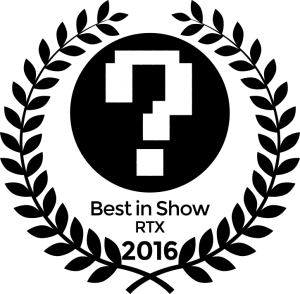 from the fellas over at https://www.withoutthesarcasm.com/con-report-best-rtx-2016/

“I dropped out of "game design" school. It was a complete waste of time. Creating A Duel Hand Disaster: Trackher has not been. With no prior programming or game design experience I've made it this far. I'm now towards the tail end of development and if events like PAX, RTX, MineCon, TwitchCon, and SIX have taught me anything it's that you guys love to break things. Now that most of the mechanics are finalized, Early Access will allow me to learn how players utilize them, what loopholes they find, and how to best counter them so the game can continue to have hellish challenge that's fair and extremely rewarding.

In addition Early Access allows me to gather as much feedback as possible on how the game runs on a variety of different setups and OS's, specifically SteamOS. I'd love to have the game available on macOS, and SteamOS, but being one person with limited resources you all, if willing, can help by testing it on setups I would otherwise need to hire external help to do so.

“As little as possible. I'm only one dude handling every possible aspect of this game. I have a day job which has been in the way since I started this project 4 years ago. I have also taught myself everything. Luckily over the years I've made friends with some extremely smart people whose time is valuable, but always lend a helping ear. I've already put 90% of the work in. At this point I have little incentive to take another 4 years ;) The Nintendo Switch version is currently priority in terms of release. There are a couple of reasons why. Feel free to ask me what they are ;) Either way you are getting the best game I can possibly make. I dropped out of school for this, and it’s been nothing but hella rad. I hope you enjoy it.”

“The Ask An Enemy Studios mantra is and always will be, gameplay first, ask questions later. I'm now in the "ask questions later" phase. While the gameplay may still get some tweaks here and there, most of the work that will be tackled during EA is under the hood type stuff like leaderboard structure and implementation, achievements, UI usefulness and efficiency, audio and visual polish. I would also like to have full Steam Controller and SteamOS support so testing that during EA is also of massive importance. I currently do not own a SteamOS compatible device.

If, and only if time permits, I'd love to explore the possibility of a boss mode. It's something I've toyed with for quite awhile in my head, but for all intents and purposes what you see now shouldn't differ much from the final product design wise.”

“Fully playable from end to end, with plenty of underlying under the hood adjustments that need to be made. You will most definitely find bugs. Let's crush them. Currently leaderboards are working, but may still need some work. Friends, Global, and current position. In-game leaderboards only show the current tier and the next person on your shit list :D

There is no "tutorial," but there are tooltips. Take your time, pay attention, and never hesitate to ask questions. I'm a firm believer that this game would not benefit from stopping the game, slowing down the process, beating you over the head with things you "should" do. That doesn't mean there won't be documentation, but I've seen it time and time again at events; once you know what you need to do you know what you need to do. Early Access will be a great way to test how this process works, or fails :) On death you will get ProTips that you can toggle through. You can watch the videos above, or ask questions over on the Discord. You other option is to ask for a refund. I won't be mad :)”

“I may or may not raise the price of the game on release based on some cool stuff I would like to do with it till then. You also may or may not buy the game. It's your choice really.”

“I've shown the game at countless events to date and love discussing things about the design so I will open a Discord channel so anybody playing the game can easily get in touch with me to report a bug.

I'll also schedule, for the time being, random livestreams so that I can stay up to date on anything players would like to report and update players on the progress. I want to make sure the game is ready for a proper release on Steam and consoles.”

Read more
Notice: A Duel Hand Disaster: Trackher requires a controller in order to play. Playing with a keyboard and mouse isn't supported.

“A Duel Hand Disaster: Trackher is an exceptional arcade title. It doesn’t offer much in the diversity department, it just does what it does extremely well and sticks to it.”
8.0 – JP's SwitchMania

“While at first the game seems overly complicated, once you get a feel for it, these mechanics mesh together for a surprisingly fun, innovative, well-crafted experience.”
7.5 – Nintendo Enthusiast

“The penalty for failure feels a bit much but those up to the challenge will enjoy having their dexterity, observation, and patience tested like never before.”
3 out of 5 – Screen Rant

THE DEVIL IS IN THE DETAILS
THIS GAME IS CHALLENGING AND DOES NOT HOLD YOUR HAND AS YOU MIGHT EXPECT IT TO. PAY ATTENTION, PACE YOURSELF, AND TAKE YOUR TIME. THE DEVIL IS IN THE DETAILS. WATCH THE VIDEOS ABOVE, IN GAME, OR JOIN THE DISCORD. THIS GAME DOES NOT SUPPORT KEYBOARD AND MOUSE. IT IS DESIGNED AROUND A GAMEPAD. IN THE MEANTIME YOUR OTHER OPTION IS TO REQUEST A REFUND. I WON’T GET MAD ;)

CAPITAL LIST LEADHERBOARDS - The primary goal is to get a high score, however the only way to keep your score is to extract with it. You cannot play till death. If you die, not only do you wipe your current score, you risk the chance of wiping your leaderboard position as well. How you ask? The lower your health the higher the bonus the greater the risk. Every time you extract your score is marked. Why you ask? Why not?

SPLIT SCREEN SINGLE PLAYER TWIN STICK RISK ‘EM UP - You will be controlling two ships simultaneously. The devil is in the details. The left side is invincible, however shooting and moving consumes your LINK. In order to restore it you must recover MATERIAL on the right side. MATERIAL multiplies your overall score so use it with absolute discretion. On the right side you are recovering resources and will need 12 PARTS to extract and mark your leaderboard position. Don’t doubt yourself. Push yourself. You will be rewarded and you will be tested.

TEARS - Each Tear consists of new challenges with hella bonuses attached to them. Focus, overcome, and survive.

If you want a challenge you came to the right place.
#arcadeIsNotDead