“An isometric “Contra”. Direct influences were SNES titles like “The Chaos Engine”, “SmashTV” and “Zombies Ate my Neighbours”. Kite is right up there with it’s role models and enhances the genre of shoot ‘em ups with it’s RPG elements, fast paced gameplay and perfect controls.”
- – Slack-O-Tastic Magazine

“Kite is a fast-paced top-down shoot ’em up beaming with retro flair.”
8/10 – VgamerZ

After the revolution, humanity’s efforts to meld cold robotics and nature have paid off. Earth has revitalized itself – and now the global utopia once thought impossible has become a reality. This bio-mechanical paradise has emerged thanks in no small part to a steady disarmament campaign.

Yet even in times of absolute peace, shadowy secrets lurk. Several weapon research facilities remain operational; hidden from the public eye, they’re kept alive as an ‘insurance policy’ against unforeseen threats. Within these clandestine halls, scientists work tirelessly to design powerful combat systems never before imagined by humankind. When a security breach threatens one of these facilities (Arch City), you’ll take control of the most advanced hardware ever developed: a Human-Operated Remote Droid prototype.

Elite pilots of the advanced H.O.R.D. chassis are tasked with blasting through endless squads of rebellious bots. These aren't just your average Serve N' Show bots either - Charge Bots, Slice Bots, Bouncing Betties, Crab Bots, and Hyper Turrets, to name a few. Surviving that maelstrom, well, no one has made it. Yet.

The best of the best know how to fight the toasters without taking damage. By running away from charging enemies while blasting backwards at them, a well equipped H.O.R.D. pilot can keep their distance while unloading ordnance down range. This gun-play-ballet is known as 'kiting' and mastering it will serve you well against any foe, but especially:

Pingbot: Pingbots come in threes and wind up sniper shots. They are pretty easy to predict and have an extremely slow attack, but left alone they can ping down targets.

Medbot: The ultimate companion, this self sufficient side piece will heal itself and whatever it’s guarding. Players may unlock Medbot in the Workshop for themselves, but they will also face off against enemy Medbots who can turn any unit into a damage soaking beast! 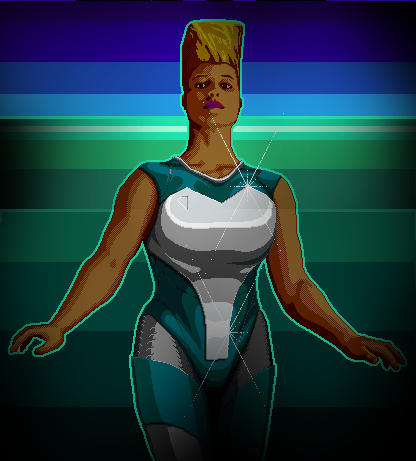