EXPOSURE, a game of camouflage 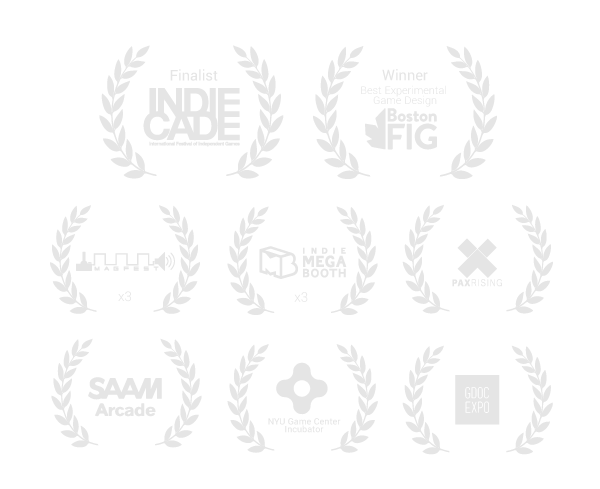 “Channel’s nature’s beauty and brutality into a stealth game.”
GamesBeat

A game of camouflage where you can’t see yourself. Change colors to hide, dodge predators, and survive intense bosses in the abstract wilderness of stealth non-bullet hell. Lose the ability to see where you are, and learn to feel and know where you’re going.

EXPOSURE and CAMOUFLAGE
Being out in the open is unsafe. Avoid detection to survive. Switch between light and dark forms to camouflage, but careful: you won’t be able to see yourself either.

Intense Bosses
Each area introduces new predators and parasites. Everything is much more powerful than you, but everything has a weakness.

Features
Collect all the Fieldnotes. Beat the Daily Challenge. Discover the fastest routes. Shoot ‘em up without shooting. Bullet hell without bullets. See without looking. Die and evolve.