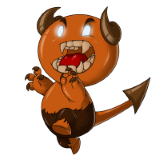 Mustache in Hell is a comical twin stick action game. You and your mustache must battle hordes of enemies, collect loot, upgrade weapons and take on enormous bosses.

John Mustache is a tough-as-nails police officer. After some disquieting dreams, he finds himself awake in a strange place and must make an unexpected deal with the Grim Reaper to regain control of his life. The deal involves killing lots of demons, golems, gorgons, giant spiders and sea monsters. Sigh. It's going to be one of those days, isn't it?


What are you waiting for? Grab your razor, trim down your 'stache, and let's do it!