Talent Not Included
Developer
Frima Studio
Publisher
Frima Originals
Set in the fantasy land of Notthatmuchfurther, Talent Not Included tells the story of three actors, ready for anything, in order to give the performance of their life even if that means facing mechanical soldiers, animals, hardheaded monsters as well as rotating cylinders at their feet. Break a leg, you'll need it !
All Reviews:
Positive (15) - 86% of the 15 user reviews for this game are positive.
Release Date:
Developer:
Frima Studio
Publisher:
Frima Originals
Tags
Popular user-defined tags for this product:
Indie Platformer Action Medieval Steampunk
+
Reviews
All Reviews:
Positive (86% of 15) All Time 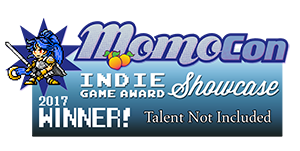