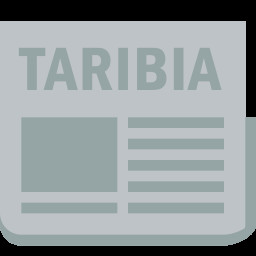 “Ragnorium is an iterative game that significantly benefits from the user feedback and guidance from the community on the overall direction of the game and its mechanics.”

“The current plan is to remain in Early Access for 12 - 24 months depending on the implementation of some features like boss battles.”

“The amount of content in a full version will be superior compared to Early Access with many more colonists, planet maps, colony tiles and objects, characters, and boss encounters.”

Visuals, sound design, UI, and overall presentation are polished and near final quality with minor tweaks to be expected as user feedback begins to come in.”

“The price will likely increase as we progress through Early Access and at the V1.0 launch.”

“Community feedback is going to play a significant role in the development of the game. The development team and community managers will work mostly through Steam forums to identify player requests and issues for updates and patches along the way.”

Ragnorium is a planet recolonization simulator set in an alternative universe where the privatization of space exploration has led to the commoditization of clone colonists. Tasked with leading a self-sustainable colony, you must find a way to lead your faction to prosperity while attempting to survive the oncoming Holy Crusade.

Manufacture clone colonists tailored to the specifications and needs of your colony before launching them alongside necessary cargo, supplies, and tech to the burgeoning settlement.

Progress through technological eras and enhance your colony with new mechanical marvels earned through activities including dispatch missions and colony milestones. Each accomplishment is another step towards the next leap in technology and progress.

Embedded with RPG mechanics, players are able to customize their colonists alongside the colony through experience, scavenged items, and crafting. Detail the skills of individual colonists as they journey through the hardships of your uncharted planet.

Delve into a innovative event system that drives your colony's story arch based on player choice and provides different paths forward based on the choices you make for your colonists.

Objectives give you a clear goal to work toward and reward success with progress along Research Levels and new areas of the planet to explore.

Ragnorium has blood during combat and obscured nudity when colonists start out at the beginning of the game. This game is a simulator, and as the game grows, the simulation rules might become more detailed.