Idling to Rule the Gods

Idling to Rule the Gods
Developer
Shugasu GmbH
Publisher
Shugasu GmbH
Idling to Rule the Gods is a free to play Idle-Game with a lot of content and some Minigames. Depending on your play-style, you can play it fast or slow. Either way it can be fun for hundreds of hours!
Recent Reviews:
Mostly Positive (17) - 76% of the 17 user reviews in the last 30 days are positive.
All Reviews:
Very Positive (1,273) - 87% of the 1,273 user reviews for this game are positive.
Release Date:
Developer:
Shugasu GmbH
Publisher:
Shugasu GmbH
Tags
Popular user-defined tags for this product:
Free to Play Indie Simulation Casual Idler Singleplayer Strategy Text-Based Choose Your Own Adventure God Game Management Clicker Fantasy Anime RPG Time Management 2D Mythology Funny Sci-fi
+
Reviews
All Reviews:
Very Positive (87% of 1,273) All Time
Recent Reviews:
Mostly Positive (76% of 17) Recent 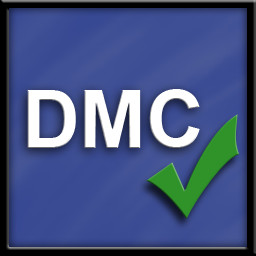 Play Idling to Rule the Gods

Idling to Rule the Gods is a free to play Idle-Game with a lot of content and some Minigames.
Depending on your play-style, you can play it fast or slow. Either way it can be fun for hundreds of hours!


In the year 9001, humans destroyed all habitable planets in the known universe. On the last planet, they managed to create a space dimension device. With this device, they were able to travel to a different dimension. The world of Idling to Rule the Gods.
In the first habitable planet they found, they noticed the world works different than the known universe. It is ruled by gods. Soon after, Hyperion, the first god found the humans and fought them. After a long lasting fight, all humans but you – the player – died. While surviving the whole time, you developed your own special ability: to create shadow clones.

The game starts here.
You create shadow clones, they train, learn skills and fight monsters for you, while you absorb their power until you are powerful enough to beat the first god “Hyperion”. After beating Hyperion, you find many, much stronger gods. To be able to defeat all of them, you must find various ways to become more powerful. You rebirth, create your own monuments, train pets and fight ultimate beings.

Then fear not!
The solution is here.

What you have to do for this?
Not much!
Just sit any play: "Idling to rule the Gods".
The game where you can create your own universe!
You will become stronger when not even playing!
Just go offline and sleep and wake up much stronger.