Ellica is a Demonic Magic Studies student at one of the most prestigious schools in the realm, Aeternum Academy. But her schoolwork has to take a back seat one day when she discovers her best friend Macy is missing!
Help Ellica brave the crazed groundskeeper, an overzealous hall monitor and waves upon waves of wayward flying cats in the adventure of a lifetime… or maybe just the adventure of this week.

Aeternum is a side-scrolling "danmaku" (aka. bullet hell) SHMUP where you must guide the main character through waves of enemies firing masses of bullets at you, and face off against boss characters featuring intricately scripted patterns of bullets.

The game and aesthetics were heavily inspired by the likes of other shmups like Deathsmiles and the Touhou Project series, but with an all original cast, story and setting there's plenty of brand new SHMUP fun to enjoy.

Play Story Mode, where you help Ellica attempt to unravel the mystery of a rash of disappearances of students from Aeternum Academy, including her best friend Macy. Or, turn off the dialogue and just enjoy dodging bullets!
Once you've mastered that, take on Arrange mode for a more advanced scoring experience, or try Pacifist Mode where you can't even shoot back!

Aeternum features five stages, and 8 full boss fights, as well as five difficulty levels all the way from Easy up to Lunatic, which is definitely not for the inexperienced! 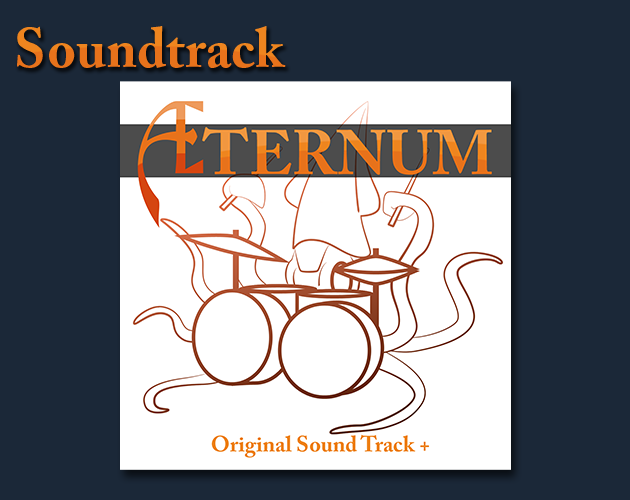 The Aeternum soundtrack features seventeen tracks of entirely new chip-pop synth music by long time video game remix scenester Jesse Bishop. Sure to get your heart pounding as you dodge!
Full OST download is included as free DLC with the game!

The Aeternum team is: