Nick Connor just got dumped. His girlfriend of four years has left him behind. Explore the wreckage of their relationship by uncovering the memories scattered throughout their apartment. Venture outside to visit his neighbors — strangers living within the same apartment complex.
All Reviews:
No user reviews
Release Date:
Developer:
The Elsewhere Company
Publisher:
The Elsewhere Company
Popular user-defined tags for this product:
Indie Adventure Story Rich Walking Simulator Text-Based Romance
+ 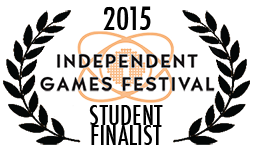 “…And yet I couldn’t look away. Having just gone through a breakup, Nick and I were going to get through this. His apartment wasn’t going to be an emotional minefield forever.”
LA Times

“By weaving these other threads into Nick’s story, a•part•ment seems poised to be about more than just one person’s breakup. It seems to be concerned with how contemporary life can make any of us feel stuck in separated places, and perhaps in exploring and illuminating our shared isolation, it can suggest a different kind of connection.”
Carolyn Petit

“Apartment: A Separated Place talks to the human condition in a way that I have seldom, if ever, seen in a game, and does it beautifully.”
Just Adventure

Nick Connor just got dumped by Madison, his girlfriend of four years. Enter his life in the wake of their breakup and explore his memories of their relationship. Apartment: A Separated Place is an intimate look at Nick's state of mind as he picks through the wreckage of his relationship with Madison. Join him as he seeks self-consolation in the apartment they once shared. Venture outside to visit his neighbors: a displaced loner, a lost daughter, a grieving widow, an uncertain newlywed. Enter their apartments — their lives, their relationships, their innermost thoughts — as they seek their own resolutions.

a•part•ment is a story-driven game, a bit like an interactive novel or movie where the way you play helps to tell the story rather than giving you power over it. We wanted to create a strong connection between you, the player, and the characters whose stories are told in the game. Different sections of a•part•ment have different mechanics that put you in the lives of the characters you play. In some sections you actively build the story, in others the story is in the environment and unfolds as you progress through it.