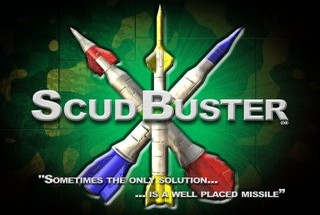 This game is a full 3d in your face missile shooter game. We took an old arcade missile game and mixed it with strategy elements and created a wild missile shooter that will keep you on the edge of your seat.You set up your battlefield with 6 units consisting of 3 Surface to Surface missile launchers, 1 Surface to Air missile launcher, a radar system and a command bunker. When both sides are ready you fire missiles at each other until all 3 SSM's are dead or you lose the command bunker.