$24.99
Add to Cart
Bundle "Dharker Publisher Bundle" containing 40 items has been excluded based on your preferences 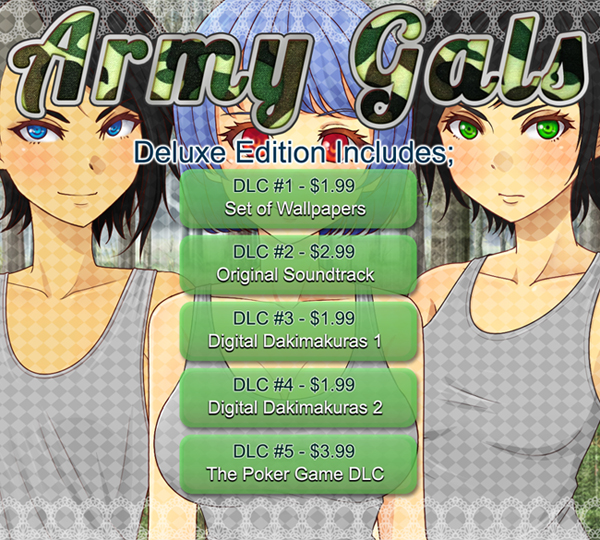 Army Gals is a visual novel set at a retreat for delinquents. The protagonist is forced to attend after a misunderstanding back at home. Expecting a fortnight of hell, he is pleasantly surprised to find he is sharing the retreat with three beautiful but very different young women. 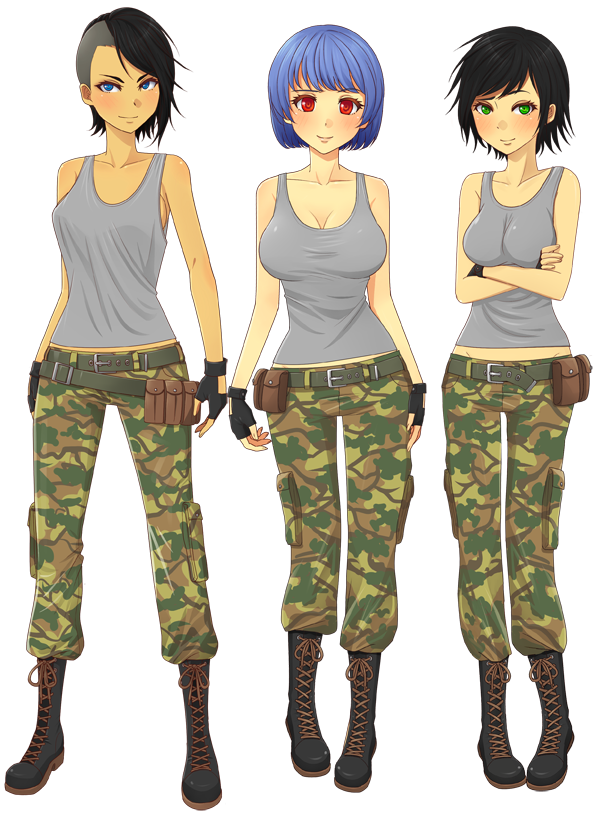 What starts off as a normal retreat takes a suddenly unexpected turn when the four of you are left in the middle of nowhere, waking to find the staff gone and only the four of you left, you quickly realize you will all need to rely on each other to survive.

As you continue through the wilderness, encountering different events it will be up to you to try and survive this nightmare and possibly in doing so uncover the secrets of the women you are with and maybe even their hearts.

Also don't forget to checkout the deluxe edition. Which includes all of the bonus DLC content at a discounted rate alongside the main game.

Army Gals includes some sexually suggestive content in the steam edition and some partially obscured nudity in images. Some events within the survival game also depict characters sustaining injury, being shot and even murder of a violent nature.