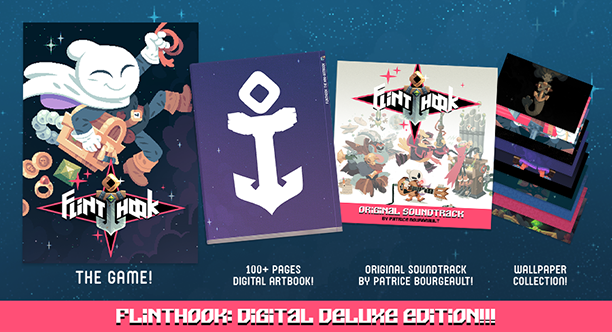 100+ pages Artbook featuring:
- Character design! See the artistic process that led to the creation of enemies, shopkeepers, and Flinthook itself!
- Concept art! Learn how we came up with the game's setting, the architecture and layout of the spaceships through sketches and color research.
- Illustrations! Look at the different steps from sketch to print for a bunch of colorful illustrations!
- And more! Storyboard thumbnails, logo design, sketches and more!