Okhlos: Omega now includes the digital Encyclopedia and a collection of Okhlos prototypes! 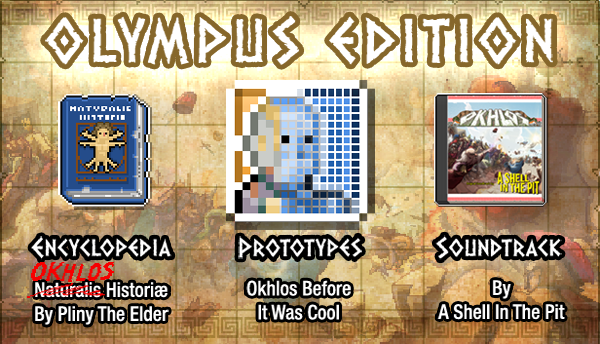 Okhlos: Olympus Edition includes the Full Game, the digital Encyclopedia, a collection of Okhlos prototypes, AND the original soundtrack by A Shell in the Pit.