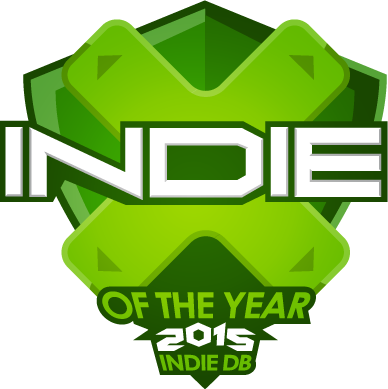 “The Dark Storm: VR Missions Early Access gives us the chance to introduce the world of Dark Storm to gamers worldwide, as well as support our next project, Dark Storm: Ascension. With the VR Missions we can explore various concepts, themes and mechanics that we are able to use in Ascension. It also gives us the chance to hear from our player-base about what they feel does and doesn't work. We hope through this experience we can further grow our fanbase as we strive to improve our game.”

“Dark Storm: VR Missions will remain in Early Access through the rest of 2016 and 2017. Currently we are in the process of converting the original build (UDK) to Epic’s Unreal Engine 4. Because of this, we are able to include a number of updates and new features for the foreseeable future, such as improved AI, new animations, new gameplay features (cover system, stealth kills, etc.), and better character models and weapon models. General stability and bug issues will also be handled on a regular basis.”

“Dark Storm: VR Missions will have better character animations, weapon designs, character designs, improved level designs, stable and reliable gameplay, and generally better AI. The graphical capability of the Unreal Engine 4 is also a major plus for our development as it allows for a number of improved development features, alongside a vastly improved visual upgrade over the older UDK build, all of which better supports the overall vision of the Dark Storm world.”

Dark Storm: VR Missions was developed using the Unreal Developers Kit (UDK). At this time we are hard at work converting, and greatly redesigning, a number of features and assets to Unreal Engine 4, while improving all the features of the original build. A small team has been working hard on getting the UE4 version of the Operations ready, while the majority of our team is working on Dark Storm: Ascension, which Early Access is helping to support.”

“At this time the game costs $10 USD. We don’t plan to raise the final price all that much, perhaps a couple more dollars, but still at or under $20 USD when the final version of the game is released.”

“We are already engaged with our community, answering questions that are asked and always willing to listen to suggestions that have been presented to us. We try to always be prompt when responding to our fans, either on Steam, Facebook, or any other forums where we are featured. We also want our development to be transparent, allowing our fans to see and experience the development of Dark Storm as an important part of our family.”

Read more
Notice: At the request of the publisher, Dark Storm: VR Missions is unlisted on the Steam store and will not appear in search.
View Community Hub
See all discussions

Dark Storm: VR Missions is a single-player stealth/action title developed by Fenrir Studios and inspired by classic games such as Metal Gear Solid and Deus Ex.

Discord and Dev Community Server (All are welcome!)
What we're trying to do by opening up a public discord for people that are interested in the game to talk to devs and follow news and to make a hub for our patreon to talk with us. If your supporter or pateron message a dev or post in the chat so we can verify it and give you the proper tag.
Join our Dev Discord. We want to hear what you have to say!

For more information about Dark Storm: Ascension please check out our Patreon page, where you can also further support the development.

*NOTE: You do not need a VR Headset to play this game*

Choose your preferred playstyle to tackle the game’s different scenarios, be it gripping stealth or intense action; you have the power to be as covert or as gung-ho as you desire.

...But Prepare to be Matched

Play how you want and the AI will match it. The game’s Dynamic AI enemies are programmed to react intelligently to the player’s every move; flanking, calling in reinforcements or even tactically retreating depending on the situation.

Dark Storm takes place in the near future, the year 2034, and the tools you have access to in the game reflect that. Alongside various unique weapons, you can also pilot a deployable drone to pinpoint enemy patrols, hidden positions, or a faster route to reach your objective and take advantage of the Sya Enhanced Projection system to view real time information about your enemy.

Discover an Original and Immersive Narrative

Dark Storm isn’t just a video game, it’s an experience. As you progress through the game you will discover hidden text and audio logs that add depth to the storyline and breathe life into the Dark Storm world.

The story features professional voice acting for cutscenes, AI and characters. Voice actors include Danielle McRae (World of Warcraft and League of Legends) and River Kanoff (Heroes of Newerth and Dust: An Elysian Tale), as well as a number of up-and-coming indie talents.

Dark Storm is developed by Fenrir Studios, an independent game development studio founded by a small group of game design enthusiasts in 2012. We pride ourselves on three key principles: ambition, quality and honesty.

We welcome comments and feedback on our Steam Forums or via Twitter, where you can also receive regular updates about the development process. Team members also regularly stream what they’re currently working on via Twitch. Be sure to also check out our Patreon page if you want to support us further.