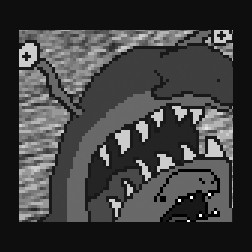 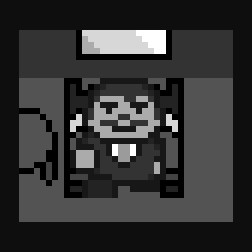 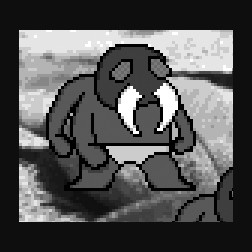 “A fine companion to the classic film. C. Kane is highly inventive and highly sassy. You can get married, and love is wonderful.”
4.46/5 – Google Play User Reviews

C. Kane is a satirical short form (2-3 hours) turn-based RPG that streamlines the genre to its basics; fighting monsters, talking to people, playing dress up. Dungeons are minimalist, graphics are monochrome. Random battles are no more, bosses are numerous. A Shark guides the way. An original hip hop soundtrack provides the beats.

For years, video games have been moving further and further away from "toys" and more towards their one true goal: To Be Art. With C. Kane, the dream of a thousand indie game designers has finally been fulfilled. Critics have asked when games would get their own Citizen Kane; we have answered their question. The answer is right now,
in this game whose description you are reading.

Originally released September 2013, Kane is now all up in your Steam. This is an updated version of the original PC/Android release, containing new and revised content.