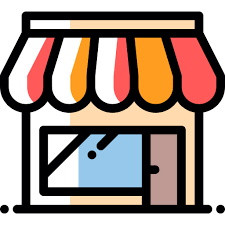 “Eco is a community-based game; the players develop laws, government, and an economy to determine the success of their world. We need extensive playtesting to get the balance of our core features just right. Early Access is the perfect fit for finding an audience for this while also funding additional development.”

“We intend Eco to be a forever-game, growing in depth and breadth and connections to other future games, a system of unlimited possibilities that aims to go beyond entertainment.

“The full version of Eco will contain complete versions of the following:


Of course, a large bulk of the improvements will come from balancing the existing core mechanics.”

“Eco completed a successful Kickstarter in 2015 and has been in development for five years since then. It was available to play as public alpha as of 2016 and as Early Access (beta) as of 2018.

The game is fully playable and contains the following features:

Most actively, we engage on our public discord, where the development team talks directly with the community to discuss ideas, bugs, and solutions. We solicit feedback actively and engage directly with players. We also share source code with our dev-tier backers who can contribute.”

“Number 1 game of the year...Eco is a revelation...it made me realize that games are actually crucial for understanding our relationship to all kinds of natural and man-made systems. The thing that gives me chills is that I think it is only in games that we can play with economic systems. And I walked away from my experience in Eco feeling like I learned so much even though we had no instructor. No one was connecting the dots for us. We simply learned through play.”
Jeff Grubb, Venture Beat

Enter the world of Eco, a fully simulated ecosystem bustling with thousands of growing plants and animals living their lives. Build, harvest, and take resources from an environment where your every action affects the world around you. An imminent meteor strike threatens global destruction. Can you save the world without destroying it in the process?

Construct buildings and towns, tend to your farm, hunt wildlife, build infrastructure and transportation, craft clothing, build power plants, and research new technologies. Specialize in a craft and trade your goods to other players. Develop your civilization and sculpt your planet.

As your civilization grows, you’ll need to analyze data from the simulation; evaluating the impact you have on your world. Use this data as evidence in proposed laws, restricting harmful activities without disrupting the advancement of technology. Balance your individual needs with the needs of community, all while maintaining the state of the ecosystem. The future of your world is in your hands.

Every organism in Eco exists as part of a detailed simulation; a disruption in one species can have cascading effects across the planet. Chop down all the trees, and habitats for creatures will be destroyed. Pollute the rivers with mining waste, and your farms will become poisoned and die. The ecosystem supplies the resources you and your community will need to stop the meteor. Manage your pollution, mining waste, hunting, and resource collection to balance your effect on this system.

Eco is built on a rich ecological simulation. All the data generated from the interaction of plants, animals, climate, and players can be searched and analyzed using in-game graphs and heat-maps. Use the collected information as scientific evidence support to proposed laws. The ability to successfully debate using scientific evidence is your greatest weapon against the destruction of your world.

Establish and maintain your own set of laws and government, which are enforced automatically by the game. Draft a proposal to limit clear-cutting in a protected forest, incentivize green energy solutions over fossil fuels by providing tax subsidies and penalties. Participate in elections for world leadership, allowing you to set tax rates and allocate community money. Use a programmable law system to make dynamic and flexible rules for the community, passing them by vote. Construct a wide variety of governments; from tightly-regulated dictator-states, to tax-and-spend subsidy programs, or even lawless communities relying on trust.

Your skills increase based on your food and shelter. By consuming a highly nutritious variety of food and building an elaborate home you will rapidly increase your skill points. Skill points can be spent on skills like farming, hunting, trade, engineering, research, and more. Contribute to the greater good while increasing your own personal success.

In the player-run economy, you achieve the most when you specialize and trade both goods and services. Create stores to buy and sell goods you need asynchronously with other players. Setup contracts within the game’s quest-like labor market, soliciting other players to perform specialized work for you in exchange for payment. Build complex crafting machines and charge a fee for players to use them. A thriving economy in Eco can be both a powerful tool for progress, or a dangerous threat to the environment.

To grease the wheels of commerce, you can create your own currencies, backed by fiat or by resources. Manage the value of your currency relative to others by setting exchange rates at asynchronous currency exchanges. Sell items at stores and collect credit from other players. Eco is designed for rich asynchronous play, allowing many players of many disciplines to contribute to one another’s goals at separate or simultaneous times.

All of the world’s resources originate from its environment, which is affected by your actions. While a meteor looms over head — set to strike the planet in thirty days — a more subtle threat grows from player-interaction with the environment. Without careful attention, ecological destruction can destroy civilization before the meteor even strikes. To ultimately succeed, you and your community will need to use the tools of government and economy to find a balance between progress and protection.

Eco is our forever project. We plan to keep growing, expanding, and improving it with the support of the community. Follow our plans and progress through the Eco Tree, which displays in-depth details on current and future features. The Eco Tree can be found on Eco's official website.