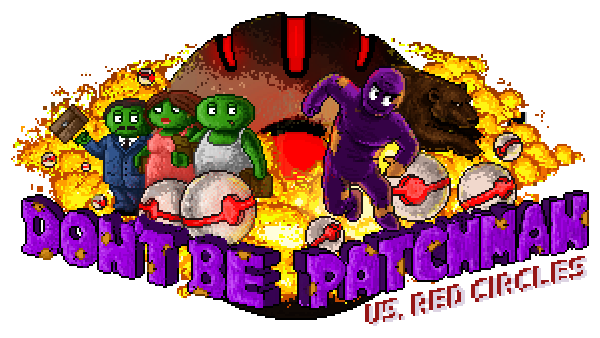 The Sheeple are in trouble - they've been enslaved by the Drones - and it's all Patchman's fault! Now it's up to you to redeem Patchman, rescue the Sheeple, and uncover the awful secret behind the Drone army. Stay out of sight, wear clever disguises, search the forest for seeds, grow fruits and plants, tear down propaganda, awaken the Sheeple to break the control scheme, and power down those nasty robots! Featuring gaming's first anti-anti hero: Patchman, who you are, but aren't supposed to be! Make sense?

So... who is Patchman and why shouldn't you be him? Find out in the game THE ENEMY doesn't want you to play!