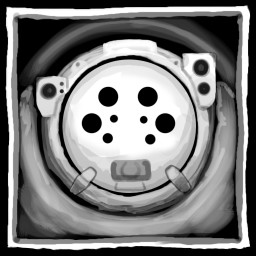 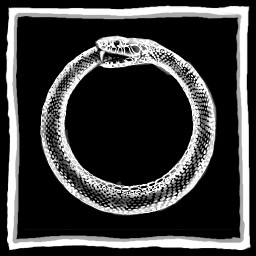 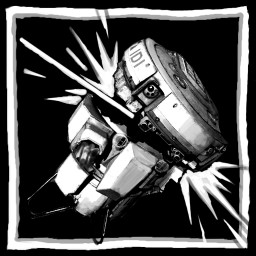 “We'd like to make the foundational mechanics of the game as good as possible while we continue working on it. The best way to do that is to start growing our community and get feedback from those interested in our game.”

“We expect it will take 6 - 12 months to have the product in a place where we would say it's feature complete enough to go "full release", but that is subject to change. Either way, we will be maintaining a public roadmap so our players are always up-to-date on development status and timeline.”

“We feel like we have a solid start, but by no means do we think this is feature complete. We'd like to make more maps, build out our progression models, provide for more customization to armor and weapons, add a Mutator system that will allow for player "quick-mods". Plus whatever may be needed in response to our community, of course!”

“Current game modes include Deathmatch, Team Deathmatch and Capture the Flag. All game modes can be played offline with AI drones. There will be 5 maps available upon Early Access release. We have some official dedicated servers to play on, but players can also host their own servers.”

“The game will increase in price once it becomes more feature-complete. It is unlikely to change during our early access period, with the exception of a temporary discount when early access first begins. Final release price is still being determined.”

“So far we've been handling much of our play tester feedback using Discord, and we will be more flexible in our handling of feedback as we expect to evolve our engagement strategies moving forward. We will be checking our forums hosted on the Steam Community Hub as well. Links to Discord and Forums are also accessible via the game's title screen menu. Our social media accounts are checked less frequently, and some of the social media accounts mostly serve to direct people to the places where we're most accessible.”
Read more

Part space suit, part jet fighter, and armed with the latest weaponry, the Exosuit is the pinnacle of infantry powered armor. Engage in intense aerial duels at 200 kilometers per hour, and play Deathmatch and Capture-the-Flag matches in environments inspired by locations on Earth, Moon and Mars.

Drawing inspiration from books like Starship Troopers, movies like Top Gun, and games like Tribes and Counter Strike, ExoCorps is a multiplayer arena built with an emphasis on wickedly fast tactical gameplay and high-caliber weapons.

In the year 2040, an international team has come together to create a new brand of conflict doctrine for the future. Virtual and live-fire exercises, hardware trials and tactics evaluations are held in top secret installations around the globe and beyond. As esoteric and dangerous technologies are combined by top engineering and scientific minds, applicants are recruited from peacekeeping services around the world in order to train, test and define a new paradigm of warfare. If you want to work with the best, and want to play a part in defining the future, you too can apply to be a part of the first pan-human enforcement branch; the ExoCorps.

Gameplay is tuned towards a hide-and-seek experience, with intense firefights where players are countering each other by switching weapons and tactics on the fly. Your primary weapon is the Multirifle, one gun with six firing modes. In addition, your Exo-Armor can launch swarms of missiles at your enemy once you achieve lock. Use missiles to drive your opponent out of the sky. Use your Autocannon to bombard them on the ground. Use your Minigun to spray them at close range, or your Laser or Railgun to snipe them at a distance. Use your Plasma Rifle for the highest damage-per-second (if you're feeling accurate). Counter Missile Swarms by launching Flares, keep your Heat low to avoid enemy lock-on, use your Jammer to further avoid detection.