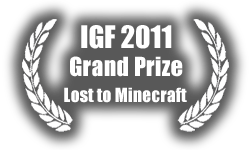 “I want SpyParty to be an incredibly deep competitive experience about subtle human behavior (and not getting shot), and to do that, I need players exploring the depths of the game design. The game has been in beta for a looooong time and has evolved a lot since it was first revealed years ago. There have been hundreds of thousands of games played, countless tournaments, leagues, and ladders, too many gaming convention booths, and now it's finally time to broaden that testing to involve the Steam community!”

“I am very bad at estimating dates, but I think it will be in Early Access about two years. I'm a perfectionist, and hopefully you can see the trendline from how the game started with the original prototype art (you can catch a glimpse of some if you look for the waiter or bartender in the screenshots above) to where it is now. You're invited to come along for the next part of this ride!”

“The goal for the 1.0 release is even better graphics, even more maps and missions, and even deeper competitive game mechanics. I'd also like to do single player modes and experiment with other multiplayer modes, but those are riskier and will have to wait until I get the 1v1 mode perfect, so I don't know if they'll make 1.0 or if they'll be later experiments and updates, but I have a lot of plans!”

“The current version of SpyParty is a two-player online experience. Players connect through a lobby and play a match usually consisting of multiple games, alternating playing Spy and Sniper each game. The games last about 3 minutes each, and people tend to play 10 or 20 games in a match. There is a very advanced spectation and replay system, so players can both spectate matches in progress, or look at replays of previous matches, and even play Sniper against the game they're spectating/replaying for added challenge while watching a match. There's an active online community of experienced players that love helping new players learn, and there's a brand new tutorial to ease players into learning SpyParty because it's such a different game design.

Qualitatively, SpyParty has been playable at a highly competitive level for years. The top players have thousands of hours in the game and tens of thousands of games played, it has been invited to e-sports events like EVO, it has long lines waiting to play at shows like the Penny Arcade Expo, and it was the secret final game of the PAX Omegathon a few years back. It's a pretty good game already, although maybe I'm a bit biased.

That said, it's beta, so there are bugs. And mistunings. And clunky UI. And if you look hard enough, there are places in the game where there's still old ugly prototype art. Usually the old-timers are hanging out in these dusty corners, but if you approach them slowly they'll often tell you the deepest gameplay secrets and they might even offer to play a mentoring match with you, teaching you to destroy your friends with their forbidden ancient SpyParty knowledge.”

“I will probably raise the price on full release, but I haven't decided for sure yet.”

“I plan to continue as I have during the pre-Steam beta, which is to say having an open constructive conversation with early-access players, taking feedback and suggestions, and talking freely about design tradeoffs as I make development decisions. The elite players are much better at SpyParty than I am now, so getting their feedback is crucial to making good design choices. A number of the existing maps and missions and mechanics have come from player suggestions, and I expect that to continue, because I love getting constructive feedback from the community! So, as long as your feedback is polite and constructive, I'm very interested to hear it!”
Read more

“There has never been a videogame like SpyParty. … SpyParty is as cerebral and personal experience as I’ve ever had with a multiplayer game. … Despite being two years away from completion, the early version I saw still remains one of the most subtle, enjoyable, and surprisingly playful multiplayer games I’ve yet played.”
Destructoid

“Part of what is so exciting about Spy Party is the stuff that happens around the game. Hecker has seen the game trigger strong emotional responses. I even felt it… guilt of all things. I’ve killed thousands — millions? — of enemy characters and even some friendly characters in video games with none of the pangs of consequence. I shot one innocent partygoer in Spy Party after tracking them for a few minutes, after being sure they were Chris Hecker’s avatar and up to no good, and then, as they lay dead on the floor I realized I was wrong. I felt bad.”
Kotaku

“SpyParty is like nothing else I’ve ever played. … When the laser focuses on you, the tension is intense. And the relief, when the beam swings away, is powerful.”
Wired

SpyParty is a competitive espionage game about human behavior, performance, perception, and deception. While most spy games have you machine-gunning stuff, blowing things up, and driving fast, SpyParty has you hide in plain sight, blend into a high-society cocktail party, deceive your opponent, and detect subtle behavioral tells to achieve your objectives and not get shot. Finally you can be like the suave and confident spies you find in films or books, risking it all by doing the final mission right in front of the sniper as the clock runs out! There are plenty of games that explore being a super-powered commando with an infinite supply of ammunition and no brains; SpyParty is a new and quite different game about the more interesting, deeper, and more subtle aspects of being a spy.

The current main gameplay mode is 1v1 Spy versus Sniper online multiplayer, although there is limited single-player Sniper play right now, and a single player Spy and Sniper practice mode for trying out missions and whatnot.

See the SpyParty Steam Discussions for an FAQ and links to more information.

If you're wondering where the MacOS X port went, see that FAQ! I need to delay it until after SEA launch because I hit a few technical snags, but the non-Steam MacOS will continue to work, and I'll get it working on Steam soon after SEA launch hopefully!