Between our world and the world beyond lie the Titan Souls, the spiritual source of all living things. Scattered amongst the ruins and guarded by the idle titans charged with their care, a solitary hero armed with a single arrow is assembling shards of the Titan Soul in a quest for truth and power.
Recent Reviews:
Very Positive (193) - 83% of the 193 user reviews in the last 30 days are positive.
All Reviews:
Very Positive (5,284) - 82% of the 5,284 user reviews for this game are positive.
Release Date:
Developer:
Acid Nerve
Publisher:
Devolver Digital
Tags
Popular user-defined tags for this product:
Souls-like Pixel Graphics Difficult Indie Adventure Action Singleplayer Great Soundtrack 2D Top-Down Atmospheric Fantasy Controller Short Retro Action-Adventure Puzzle Casual Strategy Roguelike
+ 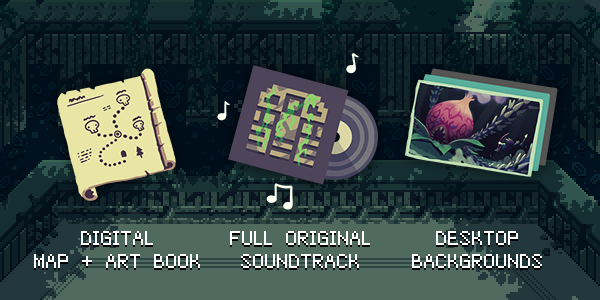