Enemy Mind
Developer
Schell Games
Publisher
Schell Games
A retro shooter with a new power: the power to become any ship.Lost in the depths of space, you are a being of pure psychic energy with the uncanny power to take over and control anything you see in order to survive.Built for PC, Enemy Mind lets you battle your way through 70+ waves of challenging enemies.
All Reviews:
Very Positive (98) - 82% of the 98 user reviews for this game are positive.
Release Date:
Developer:
Schell Games
Publisher:
Schell Games
Tags
Popular user-defined tags for this product:
Action Shoot 'Em Up Shooter Space Pixel Graphics Bullet Hell Arcade Side Scroller Retro Indie Local Co-Op Multiplayer Sci-fi 2D 4 Player Local Local Multiplayer Difficult Adventure Old School Combat
+
Reviews
All Reviews:
Very Positive (82% of 98) All Time 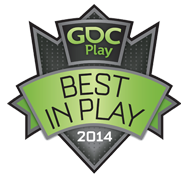 “I found the interesting parts of the game to be trying out and taking over all these new ships, and in chasing the narrative throughout this overarching space opera. I found all those things compelling enough to drive me through the experience. This week, James recommends Enemy Mind.”
Extra Credits

“The two and a half months of Early Access time saw tweaks, updates, and bug fixes, and the payoff is an Enemy Mind that’s had a nice polishing shine applied to the game from front to back.”
Hardcore Gamer

A retro shooter with a new power: the power to become any ship.

Lost in the depths of space, you are a being of pure psychic energy with the uncanny power to take over and control anything you see in order to survive.

Built for PC, Enemy Mind lets you battle your way through 70+ waves of challenging enemies. Deftly maneuver over twenty unique ships, each with different abilities for you to harness. Backed by an all-new chip-emulated soundtrack by the psychoacoustic artist Rainbow Kitten, Enemy Mind features an adaptive story system as innovative as its gameplay. Are you ready to unlock the secrets of Enemy Mind?

"Overall I was very impressed by what Schell Games was able to achieve with a genre that is not really known for innovation. The game is addictive enough that you will want to complete it a few times in order to piece together the whole story and of course the co-op mode will also eat up a lot of your spare time if you have friends nearby. While shooter fans will obviously enjoy the game the most I urge anyone that has an interest in polished, unique titles to try it out as it is definitely worth the effort. Rating: 8/10" GAMERamble June 2014

"Enemy Mind is an excellent and unique take on the shooter genre. Definitely worth the price at full retail." Nerd Age June 2014

Check out our website: http://enemymindgame.com/
Listen to the full soundtrack on our Bandcamp Page!
This old-school arcade shmup is brought to you by Schell Games, an independent game studio based in Pittsburgh, PA.