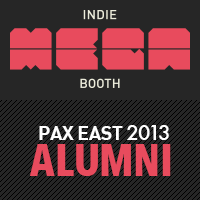 High Strangeness is a hybrid of 8 and 16 bit games - a 12 bit adventure. The inspiration of the game comes from many Action-Adventure and RPG games such as Legend of Zelda, Chrono Trigger, and Secret of Mana. The game's core ability is to switch between 8 and 16 bit worlds and the player uses their generational differences to solve puzzles and explore the universe. Throughout the game your pixel art perspective of the world will be infused with visions of watercolor illustrations that shed some light on your mysterious surroundings. The chiptune soundtrack by Dino Lionetti and Rich Vreeland backs up the aesthetic of the world and sets the mood for strange happenings.

High Strangeness is about a young man named Boyd, who explores a series of sci-fi / paranormal inspired happenings. He soon finds himself on a quest to discover the secrets of a mysterious item, after unwittingly being dragged into a foreign world filled with the evil and mysterious Shadow Men. Although hesitant at first, our hero eventually realizes his role in a cosmic battle for peace throughout all universes.