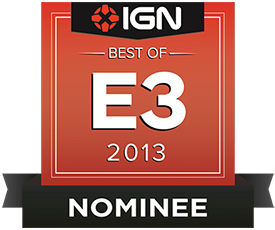 Discover the lost treasures of Ukampa in South America as Aban Hawkins searches for his estranged father, world-famous archeaologist, Jim Hawkins. The elder Hawkins mysteriously disappeared while exploring the ruins. Before his disappearance, the elder Hawkins entrusted his daughter, Tina with a map to the location of the ruins but with a grave warning that death awaits around every corner.

Aban Hawkins races into the frozen tundra of the antarctic, undiscovered temple ruins and the vast caverns of South America in search of his father and the legendary treasure rumored to lie behind the Golden Door of Poko-Mum.

■ 1001 Lives to pass 100+ Levels
Devious traps and cleverly designed levels ensure a variety of challenges that will test the limits of your skills, reflexes and patience.

■ 4-Player Local Co-op and Versus Gameplay
Test your platforming and treasure skills with up to 4 of your friends!

■ Watch the Story unfold
The action and mystery advances through in-game cutscenes, each character with their own unique story!