“We want to make sure Island Bender is as smooth and polished as possible before you get your hands on it. Don't worry, though—we'll keep updating the game so that it gets better and better with each release. By releasing it in Early Access, we can make sure you get something great right out of the gate. We'd love your feedback on how we can improve the experience. We have a lot of plans for the future, including adding a Switch version and other platforms!”

“We plan to stay in Early Access for approximately one year.”

“The full version of Island Bender will differ from the Early Access version in a few key ways. At full launch, we plan to implement all the levels in the game making sure they're all dynamic and each and every one has its own customized textures. Finally, we'll also be adding some new secret mechanics that you'll have to discover as you play through the game.”

“The current state includes three textured levels, four stackable abilities, up to six players, and a quite polished bending and fighting experience.”

“The price will increase as a lot more cool features and content are added to the game.”

“Island Bender is meant to be played with friends and family, encouraging everyone to get together and have loads of fun. That’s why creating joy through gaming is at the heart of our game and our team. We will (and already do) continue interacting with all existing and new players very closely on our Discord server and around social media, also as a way to obtain feedback. We’re pretty chill, so feel free to reach out anytime.”
Read more
This game is not yet available on Steam

COUCH CO-OP TO PLAY WITH FRIENDS

Island Bender is a physics-based couch-fighting game for up to 6 players. Throw rocks at each other, collect power-ups and master your bending style to beat your opponents. Playful, upbeat music and sounds evoke the feeling of jumping on platforms as fast as possible.
Get some snacks, jump on the couch, and start playing!

It only takes three buttons and a stick to create and throw rocks at each other while you strive to keep your balance on top of wobbly islands.

Elevate your bending style with power-ups like spikes, triple rocks, or shotguns. Combine the power-ups to change the balance of the playing field.

Once the game clicks with you, it becomes intuitive to move through the levels and take out your opponents strategically.

The game will feature multiple artists and their unique styles in each level. 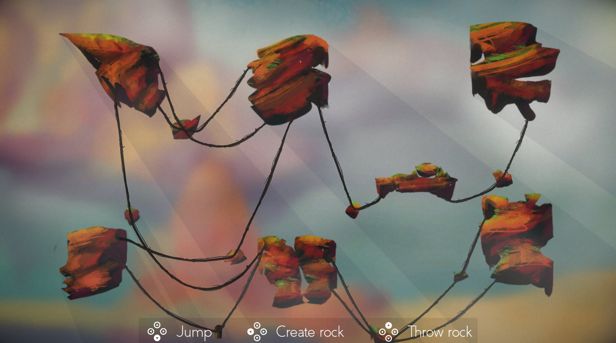