“Dogs of War Online is a brilliantly strong tactical title, offering some great fun as you work your way through, getting victory from another by the skin of your teeth but overall chalking it down to sheer tactical finesse”
MMO Games

“if you’re the type of person who is interested in turn-based strategy games, particularly if you like the tabletop/pen and pencil types, you might want to give this one a shot”
OnRPG

Deploy your troops, unleash your champion, dominate the battlefield ! 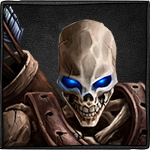 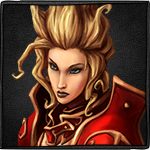 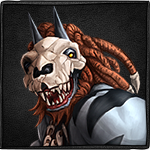 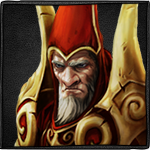 The world of Aarklash is at war, into the jaws of incessant conflicts between the forces of Light, Dark and Destiny. In each of these alliances, some free companies are forming and traveling across the continent in search of glory. Veterans with heavy past, greedy bandits and other disreputable guys group together in spite of their differences.

Based on the famous miniature board game “Confrontation”, Dogs of War Online is a free, turn based, tactical game where your will build your own team of mercenaries and lead them to victory against other players or the AI.

Wether you choose to play with the mighty Wolfen warriors, the brave soldiers of Alahan or the undead of Acheron, remember that only your tactical skills can lead you to victory on the battlefield.

Dogs of War -- Copyright © Cyanide SA 2013. Dogs of War, Aarklash, Rag’Narok, Confrontation, Cadwallon and all associated marks, logos, places, names, creatures, races and race insignia/devices/logos/ symbols, characters, products, illustrations and images from the Aarklash world are either ® , TM and/or © Cyanide SA 2003-2013, registered in FRANCE or UE and other countries around the world, and used under license. All Rights Reserved. All other trademarks, logos and copyrights are property of their respective owners.