This content requires the base game Sid Meier’s Civilization® VI on Steam in order to play.

This content requires the base game Sid Meier’s Civilization® VI on Steam in order to play.

The six-part Leader Pass is included at no extra charge for new and existing owners of the Civilization VI Anthology on Steam. 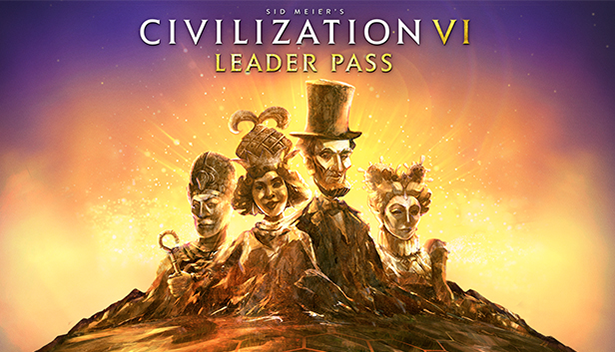 Return to rule with the Civilization VI: Leader Pass* and build the greatest empire in history with a huge roster of new and familiar faces. Throughout 6 DLCs that are scheduled for release between November 2022 - March 2023**, we will feature 12 leaders brand new to Civilization VI and 6 new takes on classic Civilization leaders. The Leader Pass encourages you to break out of your comfort zone with new approaches to diplomacy, war, expansion, and more. Each leader arrives with a suite of surprising new or updated abilities alongside inventive new agendas that'll change the way you play over five exciting months of world domination.

The six-part Leader Pass is included at no extra charge for new and existing owners of the Civilization VI Anthology on Steam.

** Estimated release dates, subject to change. Leader Pass content will be automatically delivered in-game as it is released.

Pack #6: Ruler of England Pack
Fill out your growing collection of monarchs with the Rulers of England Pack, including Elizabeth I (England), Varangian Harald Hadrada (Norway), and Victoria (England).